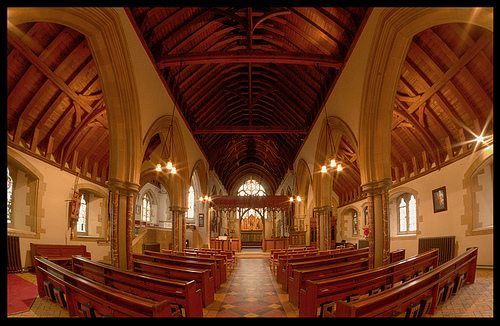 The group, which campaigns on environmental issues, said it initially welcomed the move by the EIAG.

However, it said that a closer look at the survey suggests that the EIAG seems to believe that fossil fuels divestment would be problematic, because its £8 billion investment portfolio is used to pay clergy pensions.

The survey asks whether the church’s investing bodies should divest from fossil fuels or invest in renewable energy, even “if as a result, they expect they would become unable to pay clergy pensions at agreed rates and to generate financial support for the Church at the levels previously enjoyed”.

Operation Noah criticised this and other questions, including one that asked, “What level of temperature increase do you think we can live with?” and another that said, “Do you agree with the following statement: ‘We should drop all other concerns to fight climate change’?”

The group added that some of the wording also seemed to suggest that there are other institutions that are more responsible for climate change and therefore have to act instead of or before the church.

Mark Letcher, Operation Noah campaigner, said, “This survey seems intended to exclude disinvestment from fossil fuels as an option by suggesting it would be too difficult both financially and morally. This is both unfair and untrue, as Bright Now shows.

“We welcome a constructive debate on these issues, but to enable that to happen, stakeholders need genuine and open opportunities to express their views, and this survey does not do that.”