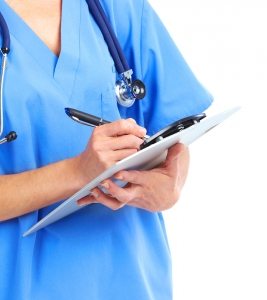 Health organisations should get rid of fossil fuel investments because they are “incompatible” with the moral and professional responsibilities of the sector, a report has said.

The report – Unhealthy Investments: fossil fuel investment and the UK health community – has been published by health charity Medact and other leading health and climate organisations. It calls on the health community to phase out its investments in the fossil fuel industry, arguing that the direct health implications, and the longer-term health impacts of climate change, means that such holdings are “incompatible” with the sector.

Martin McKee, professor of European Public Health at the London School of Hygiene and Tropical Medicine, said, “The UK health profession led the way in the tobacco divestment movement two decades ago, putting the issue firmly on the political agenda, strengthening public understanding of the risks, and paving the way for stronger anti-tobacco legislation.

“This report shows why, in 2015, fossil fuels can no longer be considered an ethical investment. This is one of the defining challenges of our time.”

Medact notes that air pollution from fossil fuels is responsible for around 5% of all UK deaths, or around 29,000 deaths each year, and the proportion is even higher in London. Even at low levels, the report adds, long-term exposure to particulate air pollution elevates the risk of respiratory diseases, cardiovascular diseases, strokes and low birth weight.

Dr David McCoy, director of Medact, describes the health impact of fossil fuel, and the air pollution it contributes to, as “unacceptably high”.

“We need a radically different and more sustainable pattern of energy production and consumption. Shifting money away from fossil fuels is an important step in that direction,” he added.

The report recommends that health organisations review the extent of current direct and indirect investment in the top 200 publicly-listed fossil fuel companies and commit to transparency in regard to these investments. Additionally, it argues health organisations should immediately freeze all fossil fuel investments, commit to full divestment within five years, and redirect investments towards clean technologies, such as renewables and energy efficiency.

The report follows leading academics calling on healthcare companies and other institutions to ditch high-carbon investments as quickly as possible, arguing profiting from the industry was incompatible with protecting human health, last year. The British Medical Association (BMA) became the first body of its kind to divest from fossil fuel firms on the grounds that they pose great risks to human health.

The BMA joined 180 other institutions, including universities, pensions funds and religious organisations, with collective investments worth over $50 billion (£32.8bn), announcing their commitment to move money away from the fossil fuel industry in 2014.