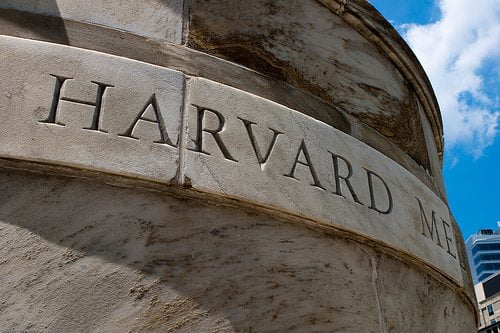 US students behind the fossil fuels divestment movement have responded to Harvard president Drew Faust’s announcement over her refusal to divest from fossil fuels firms, condemning the school’s lack of political action.

Earlier this month, Faust said that fossil fuel divestment was “neither warranted nor wise” and that the university’s endowment was not “an instrument to impel social or political change”.

She also stressed that other measures, such as promoting sustainability on campus and engaging with companies to promote more sustainable practices, were preferred to divestment.

However, students have replied to these claims, saying that having a financial impact on companies is not what they expect.

“Divestment is a moral and political strategy to expose the reckless business model of the fossil fuel industry that puts our world at risk”, they wrote in The Nation.

“It exposes the fossil fuel industry’s influence on our democratic system, its perpetuation of climate change denial, and its continued extraction of hydrocarbons that heat our planet. Divestment calls on citizens to build a powerful climate movement and pressure elected representatives to enact meaningful legislation.”

Students from the group Divest Harvard claimed that relying on practices such as campus greening and educational research to achieve climate legislation was “idealistic”.

They also said that shareholder engagement had so far been ineffective, using an example of the university’s Corporation Committee on Shareholder Responsibility voting against a shareholder resolution in 2011, to create a committee within ExxonMobil that pushed the firm towards sustainable energy.

Students were also extremely critical of the view of the university as a neutral actor in political change.

“More importantly, it fails to acknowledge that investments are inherently political whether we like it or not. Claiming neutrality at this moment in history is claiming ignorance of the world’s problems.

“True leaders do not cling to the status quo of climate degradation and false neutrality—they transform the world for a better tomorrow.”