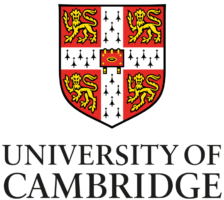 The University of Cambridge is calling on funds managers to factor climate change into future investment decisions. The University revealed its plans last week, following the announcement that it no longer invests in coal or tar sands, has no exposure to the industries, and has “no expectation of having any such exposure in the future”.  The University has also created a year-long review of its investment policy, releasing a Statement of Investment Responsibility report.

Following the report, a joint letter from Professor Sir Leszek Borysiewicz, the University’s Vice Chancellor, and Nick Cavalla, its Chief Investment Officer, urged fund managers to look more closely at any carbon-intensive assets they might hold, and to account carefully for carbon risk.

“Cambridge holds no investments in coal or tar sands either directly or indirectly, unlike other institutions such as Stanford that have only divested from assets they own directly”, says Farhan Samanani a member of the working group charged with writing the report, originally from Calgary, Alberta, the epicentre of tar sands activity. “Cambridge’s endowment is one of the best performing university endowments in the world. The fact that it has steered clear of coal and tar sands shows that these sectors are simply too damaging and too risky.”

The report contains a number of other recommendations for Cambridge to manage its assets more responsibly, including using shareholder voting and engagement to sway corporate behaviour, and prioritising sustainable investments when financially equivalent.

The working group was founded following pressure from Positive Investment Cambridge (PIC), a group of students and staff at the university. In January PIC released an open letter from over 300 Oxbridge academics calling for more sustainable investment practices. More recently, PIC coordinated an international group of shareholders urging Exxon Mobil and Chevron, the two largest US fossil fuel companies, to adopt climate stress tests and reporting, resulting in the most successful shareholder push on climate in either company’s history.

Farhan, who is both a part of the University work group and of PIC added: “This important step deserves to be celebrated, and has the potential to create meaningful change. But we also have our work cut out for us. The success of this report depends largely on how it is implemented. Ideally we will see Cambridge use its tremendous research expertise to improve investors’ understanding of how to contribute to decarbonising the economy, and then put this research into practice.”