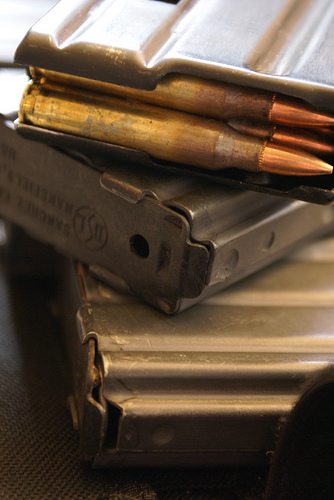 US state of Rhode Island pushing for weapons divestment

The general treasurer of Rhode Island is pushing the US state’s pension fund to divest from equity funds that own stakes in gun distributors.

Kenneth J Block, a candidate in the 2014 gubernatorial elections, immediately criticised the announcement, saying that Raimondo was being “irresponsible and misguided” and “politicising” the issue.

She responded by saying that selling the investments was “the right thing to do.”

“As a [mother] and public official, I am deeply troubled by gun violence”, she added.

California State’s teachers’ pension fund began divesting from assault weapons producers in January, while the city council of Oakland has voted to divest from all gun and ammunition manufactures.

“The increased liability from such exposure, and gun companies’ links to the horrific Newtown tragedy, make such exposure a poor investment decision”, he said.

In September, the Church of England was criticised for owning £10m of shares in General Electric, which produces parts used in a number of weapon systems including combat aircraft and drones.