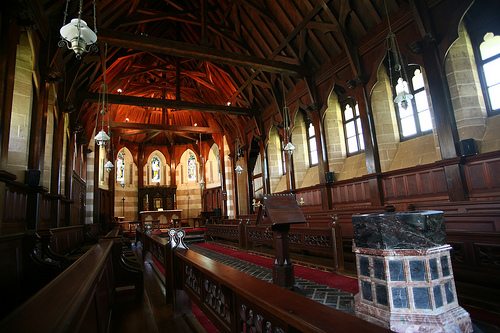 The Anglican Diocese of Perth has decided to move its investments from carbon-intensive fossil fuels firms to renewable energy, while also calling on the federal government to scrutinise fracking and introduce carbon pricing in order to tackle climate change.

The church made the decision at its annual synod last weekend, as a way of fighting climate change and leading towards a more sustainable future.

The Perth Diocesan Trustees will explain how it intends to invest in clean energy over the next 12 months.

“In the absence especially of effective government action in this country, I think it is actually up to private institutions, or private individuals and institutions, to show the way”.

The church is also calling on the federal government to introduce effective carbon pricing – following the controversial decision by Australian PM Tony Abbott to scrap the carbon tax – and investigate the social and health effects of fracking in Western Australia.

Meanwhile, New Zealand’s Presbyterian Church has announced it is also considering divesting from fossil fuels, as these are unethical, socially irresponsible and contrary to the church’s mission of “caring for creation”.

These are the latest successes of a divestment movement that is growing across the world, calling for investors to move finance away from dirty energy and direct it to low-carbon solutions.

Universities, councils, philanthropists and religious institutions are increasingly turning their back on fossil fuels. In the UK, London University’s School of Oriental and African Studies (SOAS) and Glasgow University has taken action to divest, while Brighthelm United Reformed Church (URC) in Brighton has become the first British church to divest.