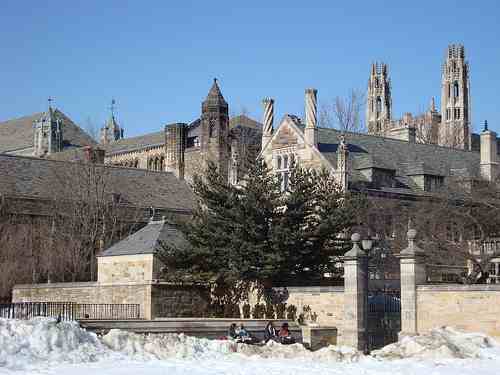 Around 83% of students at Yale University would like the school to free the endowment from fossil fuel investment, according to an online referendum sponsored by the Yale College Council.

According to the Yale Daily News, 2,369 students were in favour of the referendum, with 485 students against. Students voted from November 17 to November 20 and over four fifths of them voted for the University to divest from companies that are contributing to climate change.

The Yale College Council will now present an official paper to the school’s administration explaining the reasons for divestment on behalf of the students.

Gabe Levine, policy coordinator for Fossil Free Yale said, “This extraordinary support, unprecedented among major university divestment campaigns is a testament to the moral force of the argument for fossil fuel divestment.

“We are certain that both the administration and the Advisory Committee on Investor Responsibility will take seriously the overwhelming enthusiasm that Yale students have now shown for taking on the most serious global, systemic crisis of our generation.”

According to the Yale College Council, there has been a good turnout of students for the referendum – more than 52% of Yale undergraduate students participated – which might mean that awareness on divestment issues has risen among them.

However, some students said they did not vote because they did not have a clear idea on the debate that was going on.

The call for divestment was opposed by a group named Students for a Strong Endowment. They contested the use of endowment as a political tool and argued that divestment might harm the university establishment.