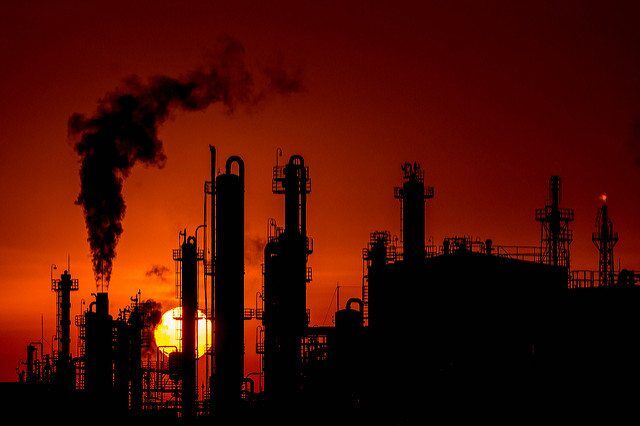 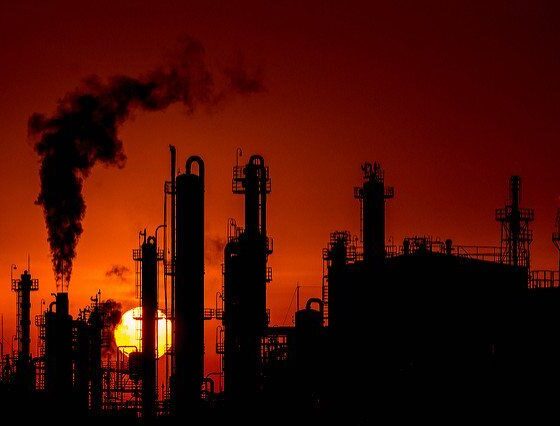 ET Index Research has revealed in a report launched today that global leaders in carbon reporting have the potential to save the equivalent of Japan’s annual CO2 emissions by reaching standard levels of carbon-efficiency for their sector.

Nearly half of the world’s 800 largest listed companies have disclosed their emissions, and have improved their carbon efficiency by 15% in the last year, but there are huge variations in performance. If the dirtiest 50% of disclosers achieved just mid-range carbon intensity for their sector they could save 1.4 billion tonnes of CO2, as much as Japan emits in a year.

The 2016 ET Carbon Rankings report demonstrates that investors can help drive decarbonisation of the economy and make money by switching investment to favour companies with above-average levels of carbon efficiency. It reveals that out of the world’s 2,000 biggest companies, the 1,000 least carbon-intensive have outperformed the 1,000 most carbon-intensive over the last five years.

Chris Huhne, former UK Secretary of State for Energy and Climate Change and Co-chair of ET Index Research, said: “Sector by sector there are champions and dunces. Some companies can be over 100 times less carbon intensive than others in the very same industry. Backing the champions makes sense because carbon-efficient companies have outperformed the market average over the last five years.”

James Cameron, former chairman of Climate Change Capital, and Co-chair of ET Index Research, said: “The Paris Climate Agreement has committed us to keeping climate change well below 2°C and this will require a rapid transition to net zero emissions across all sectors of the economy. Proper allocation of capital is key to a smooth transition and the ET Carbon Rankings provide a methodology that is transparent and comprehensive, enabling companies and investors to identify, understand and manage their emissions in a systematic way.”

The ET Global Carbon Rankings are the most comprehensive public analysis of the world’s largest listed companies by their carbon efficiency – the amount of carbon they emit for every million dollars of revenue they generate.

Out of the world’s 800 largest listed companies just 363 have fully disclosed their direct emissions from their operations and the electricity they use (Scope 1 and 2). These disclosers have increased their carbon efficiency by an average 15% from 2015 to 2016, saving 360 million tonnes of CO2, equivalent to the annual emissions of Turkey. [i]

However, there is a huge range of carbon efficiency even within the same industry. Petronas Chemicals Group, in Malaysia, emits 13,961 tonnes of CO2 for every million dollars of revenue, making it 51 times less carbon-efficient than the median average (mid-range) for the Chemicals industry, and 481 times less than the industry leader, the UK’s Johnson Matthey. [ii]

Just 27 companies could save 1.2 billion tonnes of CO2 if they achieved the median carbon intensity in their industries: Electric Utilities; Oil and Gas Exploration and Production; Construction Materials; Chemicals; and Real Estate Owners, Developers and Investment Trusts. [iii]

Within the whole group of 363 disclosers, if the least carbon-efficient 50% achieved median carbon intensity for their sector, they would save 1.4 billion tonnes of CO2 a year. [iv] If non-disclosing companies took similar action potential savings would be far higher even if it was only limited to Scope 1 and 2 emissions under their direct control.

The ET Carbon Rankings Universe measures the carbon efficiency of the world’s 2,000 largest listed companies, which account for $45 trillion in market capitalisation – 85% of world stock market value – and more direct emissions than the US, Canada and EU put together. They are the only public rankings to go beyond Scope 1 and 2 emissions to assess Scope 3 emissions from companies’ value chains – from transporting raw materials to the use of their products.

Sam Gill, Co-founder and CEO of ET Index Research, said: “Scope 3 emissions are vital in understanding the full extent of a company’s exposure to carbon risk because they usually account for by far the largest part of its carbon footprint. For example, Honda’s carbon intensity is 43 times higher when you consider consumer use of its vehicles and other Scope 3 emissions. It is virtually impossible to imagine a scenario in which carbon-intensive companies, across the entire value chain, are not penalised after the Paris Agreement.”

Computer software company Oracle is the world’s most carbon-efficient company, producing just 34 tonnes of carbon across Scopes 1, 2 and 3 for every $1 million of revenue. It is followed by two more US companies, biotechnology company Biogen at 40 tonnes, and software company Adobe Systems at 41 tonnes. [v]

The ET Carbon Rankings reward companies that achieve greater than median carbon efficiency within their sector and industry. The ET Low Carbon Index Series, which is based on the ET Carbon Rankings, tracks conventional market indexes but weights investment towards the 50% of companies that are less carbon-intensive and away from the 50% that are more carbon-intensive.

The ET Global 800 Low-Carbon Transition Index tracks the world’s 800 biggest companies, but reduces carbon exposure by 75%. It has outperformed a conventional market capitalisation index tracking the same companies by 1.78% a year over the last five years to October 2016. [vi]

The ET Global Carbon Risk Factor, available on Bloomberg, shows that a basket of the 2,000 largest listed companies weighted to favour more carbon-efficient companies has outperformed a conventional, non-carbon-weighted basket by 9% over five years. [vii]

Carbon risk has become a mainstream investor concern following the Paris Climate Agreement, which commits countries to keeping global temperature rises well below 2°C. A task force set up by the international Financial Stability Board is due to make recommendations this month on how companies should report on the potential impact of climate change on their bottom line.

Isabelle Rucart, EMEA Head of Sustainable ETFs & Index Investments at BlackRock, said: “As stated in the recent BlackRock Investment Institute paper “Adapting portfolios to climate change”, we think that incorporating climate considerations in the investment process should and can be a fiduciary duty. On top of this, low carbon indexes have the potential to perform in line with or better than parent indexes.”

Jon Williams, Partner, Sustainability and Climate Change, at PwC, said: “It is quite clear that the low carbon transition is underway, with carbon intensity falling 2.8% globally in 2015. As a result, investors will be increasingly asking companies to disclose the risks and opportunities arising from climate change. This will include scope 1,2 and 3 emissions, and increasingly the wider financial impacts of climate change, such as the impact on asset valuations, investments, disposals and earnings.”

The ET Carbon Rankings are based on publicly disclosed data, reviewed by each company and overseen by an independent quality assurance panel. Where companies report incomplete information ET Index applies the highest reported emissions figure from any company in the same sector. This is intended to penalise non-disclosure and provide an incentive to disclose.