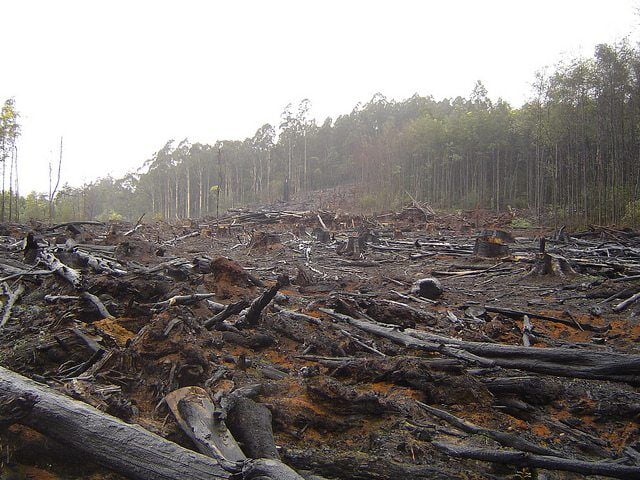 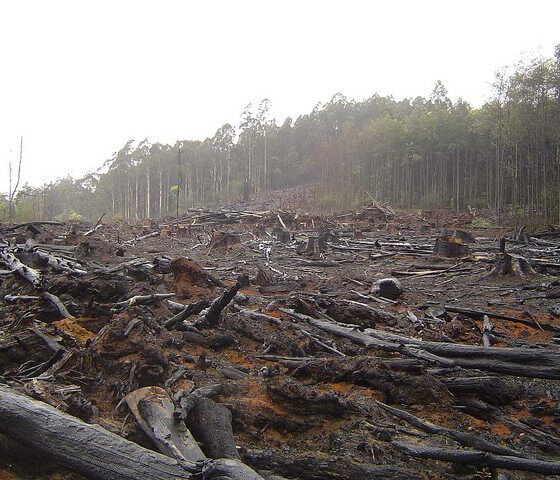 New research shows that indigenous and community forestlands hold one quarter of all tropical forest carbon, and failure to prioritize the rights of forest guardians could risk huge levels of carbon emissions.

Deforestation will be a key topic at Marrakech climate change conference, with research showing that securing community land rights is cost-effective solution.

At least one quarter of the carbon stored above-ground in the world’s tropical forests is found in the collectively-managed territories of Indigenous Peoples and local communities, according to new research released one week before negotiators meet in Marrakech for the UN’s annual global climate conference. Community lands contain at least 54,546 million metric tons of carbon (MtC), equivalent to four times the total global carbon emissions in 2014. The analysis—authored by the Rights and Resources Initiative (RRI), Woods Hole Research Center (WHRC), and World Resources Institute (WRI)—looks at lands legally owned and customarily claimed by communities in 37 tropical countries.

One tenth of the total carbon contained above-ground in tropical forests—22,322 MtC—is in collectively managed forests that lack formal, legal recognition. Without secure rights, these communities and their forests are at risk of illegal, forced, or otherwise unjust expropriation and capture by more powerful interests, thus displacing the residents, destroying the forests and releasing the carbon they contain into the atmosphere.

“Tropical forests represent some of the most carbon-rich landscapes on the planet,” said Wayne Walker, PhD, scientist at Woods Hole Research Center. “Both satellite and on-the-ground evidence suggest that Indigenous Peoples and local communities are the best stewards of these lands, the carbon they contain, and the wealth of other environmental services they provide.”

The findings serve in part as a response to the criticism that many tropical forest nations have not embraced this cost-effective solution to preventing further emissions from forest loss. Despite peer-reviewed evidence that strong land rights allow Indigenous Peoples and communities to outperform all other land management strategies, only 21 of 188 countries included forest peoples in their national plans for reducing carbon emissions under the Paris Agreement, according to an RRI analysis released earlier this year.

While the report reaffirms the critical amount of carbon held in legally owned or designated community forest in Brazil (14,692 MtC), Indonesia (7,068 MtC) and the Democratic Republic of the Congo (DRC – 6.941 MtC), neither Indonesia nor the DRC have legally recognized the rights of forest communities. Brazil’s neighbors, the Amazonian countries of Colombia (4,572 MtC), Venezuela (3,526 MtC), Peru (2,995 MtC), and Bolivia (1,915 MtC), rank fourth, fifth, seventh, and ninth, respectively, in terms of total collectively-managed carbon. Papua New Guinea (3,513 MtC), Mexico (2,196 MtC), and India (1,068 MtC) round out the top ten countries.

These figures rely on conservative estimates that only include the documented extent of community-managed forests in the tropics; the full extent is known to be much larger. Recent studies show that Indigenous Peoples and local communities customarily claim at least 50 percent of the world’s lands—including forests—but legally own just 10 percent of global lands, and have some degree of recognized management rights over an additional 8 percent.

“Tropical forests contain an untapped wealth of opportunities in the effort to limit climate change, said UN Special Rapporteur on the Rights of Indigenous Peoples Victoria Tauli-Corpuz. “Securing the rights of Indigenous Peoples to own and manage their forests is an inexpensive way to limit emissions while improving communities’ economic stability. But too many governments and private sector leaders keep their heads in the sand while the forests are destroyed.”

Deforestation contributes 24 percent of greenhouse gas emissions globally and 58 percent in Latin America alone. Research released in early October by WRI found that in tropical forests where indigenous and community land rights were recognized and protected, the deforestation rates were two to three times lower than elsewhere in Bolivia, Brazil, and Colombia.

“The global community needs to recognize the scientific evidence: keeping tropical forests intact prevents carbon emissions, and forest peoples do the job better than anyone else,” said Katie Reytar, research associate at World Resources Institute. “The Marrakech conference presents an opportunity to act on this evidence. We need to take concrete steps toward recognizing rights, before global warming reaches the breaking point.”

The new report follows up on an earlier report released in 2014 by RRI and WRI and related studies conducted by a consortium of scientific, policy and indigenous organizations in 2014 and 2015. By expanding the sample size to include nearly twice as many countries as previous assessments, along with more recent, spatially-explicit carbon estimates, the study released today presents a more comprehensive picture.

Securing the ownership rights of these forests for the Indigenous Peoples and local communities that live there is both a sensible and cost-effective method for lowering carbon emissions, according to the earlier report from WRI. When accounting for the ecosystem services that the tropical forests provide—soil retention, pollination, biodiversity, flood control, and a source of clean water—along with tourism and other economic sectors that benefit from community forests, the benefits over the next 20 years amount to $523 billion to $1.165 trillion in Brazil, $54-119 billion in Bolivia, and $123–277 billion in Colombia.

In contrast, the cost of securing these land rights—only a few dollars per hectare of forest each year—is less than 1 percent of the total benefits in each country. This contrast becomes even more apparent when considering that the world’s forests—when intact—remove 20-30 percent of carbon dioxide emissions.