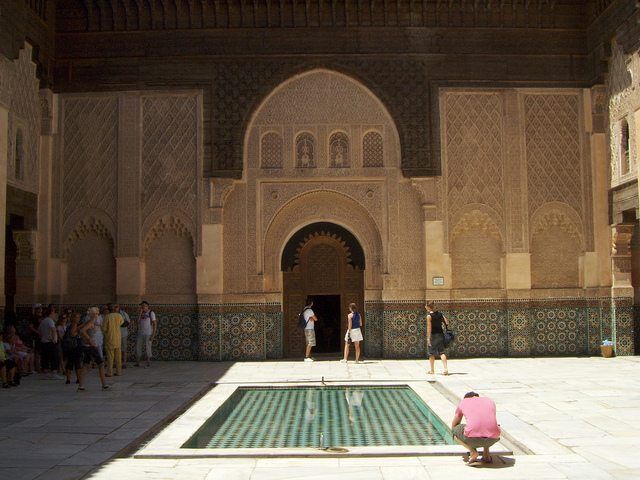 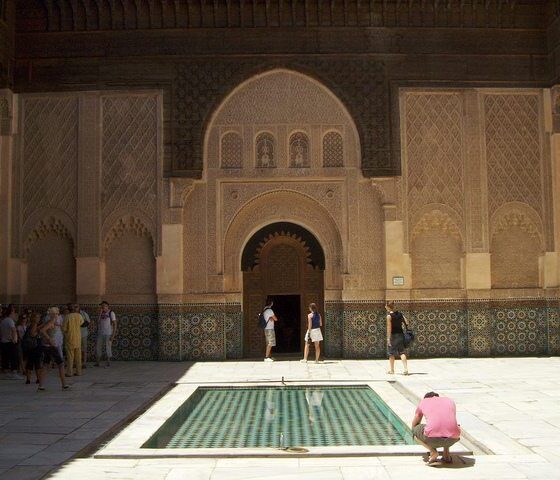 As the COP22 conference in Marrakesh ends, all of the countries have reiterated their commitment to implementing the Paris Climate Agreement.

While concrete outcomes of the talks remain modest, some key elements of the implementation of the Paris Agreement moved forward, including that the so called “Paris Rulebook” will be complete in 2018.

In Marrakech, countries reiterated the urgency for action and agreed once again that additional emission cuts before 2020 are a prerequisite to live up to the objectives of the Paris Agreement. However, while some promising announcements were made, many countries including the EU failed to put forward any new measures that would help bridge the ‘emissions gap’.

“This year’s UN climate talks in Marrakech made clear that the Paris Agreement remains robust, but strong leadership will continue to be important if we are to safeguard our societies from dangerous climate change. Here in Marrakech the EU repeatedly reiterated its leadership on climate action, but these statements were followed by a visible degree of inaction. The EU turned a blind eye to the need to boost climate action in the next four years. Cancelling the surplus allowances under the Emissions Trading Scheme would have been a school book example of showing leadership, but the EU failed the test.”

During the Marrakech conference, many countries have signalled that COP24 in 2018 is the next key moment to scale up countries’ emission reduction pledges.

“It is high time for the EU to start walking the talk. The EU must come well prepared in 2017 and to the next big political moment in 2018, with clear plans to both scale up the ambition of its inadequate 2030 targets and present a strategy for how to bring emissions down to zero in the long term.”

In addition, most developed countries did not come ready or willing to scale up finance for adaptation for people most vulnerable to climate change.

“We welcome the contributions by individual EU countries to various climate funds, including to the Adaptation Fund”, Wendel Trio added. “But the gap between what is needed and what is being provided to adequately support people at the frontlines of climate change remains wide. We expect the EU to lead by example and ensure that half of all public climate finance is directed to adaptation “, Trio concluded.

Reactions/quotes from the CAN Europe network:

“The Marrakech summit showed that there is unstoppable momentum to put the Paris Agreement into practice, despite the outcome of the US elections. Especially China seems ready to step into the looming vacuum. The EU also has to decide whether it wants to play a global leadership role in the coming years. Marrakech confirms that 2018 will be the moment when countries have to increase their ambition. The EU needs to begin preparing for this now by ramping up its policies and targets.” Christoph Bals, Policy Director of Germanwatch

“Despite fears, the spirit of Paris and the climate movement are alive and well as we saw in Marrakesh at COP22. Technical negotiations showed progress but the plight of the poorest and especially women and girls still demand a clearer roadmap and money to match. We are also calling on governments and business to make emission cuts now that respect the 1.5 degrees limit so that a desperate situation does not completely spiral out of our control. Thus, the ambitious leadership shown by 48 developing countries in the Climate Vulnerable Forum pushes the most powerful countries to be much bolder and take quicker action.” Wolfgang Jamann, Secretary General and CEO of CARE International

“We now need the EU to step up to show leadership in fighting climate change. That means action beyond lip services. A good start to show more ambition would be the cancellation of excessive emission certificates .and to increase the 2030 targets as soon as possible.” Sebastian Scholz, Head of Climate Policy, NABU

“The EU now needs to pick up the pace after Marrakech and prioritise the transition to low carbon societies by tabling an ambitious energy Winter package for 2030. While urgent action is critical on climate change, so too is long-term thinking. At COP22 we saw the launch of a long-term strategies platform which will help countries with decarbonisation plans to 2050. EU Member States must uphold the Paris Agreement and draw up ambitious climate plans for mid-century and beyond.” Genevieve Pons, Director of WWW’s European Policy Office

“Despite COP22 being framed as the ‘Agriculture’ COP given the African context and the urgent need to reduce emissions from agriculture while adapting to changing weather patterns, it has been disappointing to see that the negotiations on agriculture did not move ahead. The EU and a major group of developing countries could not overcome the old divide between mitigation and adaptation. This is disconcerting as climate change is fast accelerating and it is already impacting food security, especially for the most vulnerable. Recalling Pope Francis’ message delivered to the Parties of COP22 : “We are one single human family. There are no frontiers or barriers, political or social, behind which we can hide, still less is there room for the globalisation of indifference”
Bernd Nilles, Secretary General CIDSE

“Despite the usual good work at technical level, Spain’s political profile here has been lamentably low and it is clear that the minority government has no broad decarbonization vision. Both Environment Minister Tejerina and new Energy Minister Nadal ruled out real climate ambition, despite Spain’s enormous climate change vulnerability, unhealthy dependency on coal and imported gas and oil, and huge potential for creating thousands of innovative, low carbon jobs. We call on Spanish President Rajoy to form a broad coalition to defend Spain from climate disaster, and press for stronger European objectives from its former minister, Commissioner Miguel Arias Canete. Greater Spanish ambition would help the EU; and greater EU ambition would help the world”. David Howell, Head of Environment Policy, SEO/BirdLife

“The UK government needs a wake up call. Their attitude to climate change is unacceptable yet at COP22 they continue to use the language of leadership. The UK were the 111th country to ratify the Paris Agreement, they have recently approved fracking and increased subsidies to fossil fuel companies – this is not climate leadership. UK youth will bring home the fight for climate justice from Marrakesh to the Westminster, Lancashire and all our communities. COP22 didn’t deliver action. We will.” UKYCC delegate Lise Masson, 24.

“Three years ago, the Warsaw International Mechanism on Loss & Damage was born and last year the Paris Agreement recognised the uniqueness of Loss and Damage. At COP22 in Marrakech, countries could not agree to strengthen the WIM capacity rapidly and missed an opportunity to let the baby grow! However we are happy to see the adoption of a strong 5-year review process of the WIM starting in 2019, the creation of a focal point in each country to better understand these challenges, and the integration of capacity-building to enable effective implementation.” Bruno Nicostrate, Advocacy officer at ACT Alliance EU.

“Politicians of the world are in denial.They are still not convinced that a strong will and huge quantity of money are of the utmost importance to avoid a climate catastrophe.” João Branco, President of the Board, Quercus

“The progress made in loss and damages has been important, but more needs to be done. We Finns still remember what it means to abandon your home, so we need to build a safety net for the most vulnerable that holds.” Hanna Aho Conservation specialist from the Finnish Association for Nature Conservation.

“It should never be accepted that the institutionnal complexity of Europe, or of Belgium our own country, leads to weak and slow political response to climate change. True and willfull cooperation between our governments is fundamental to build the adequate climate policy”. Noé Lecocq, Inter-Environnement Wallonie, Belgium