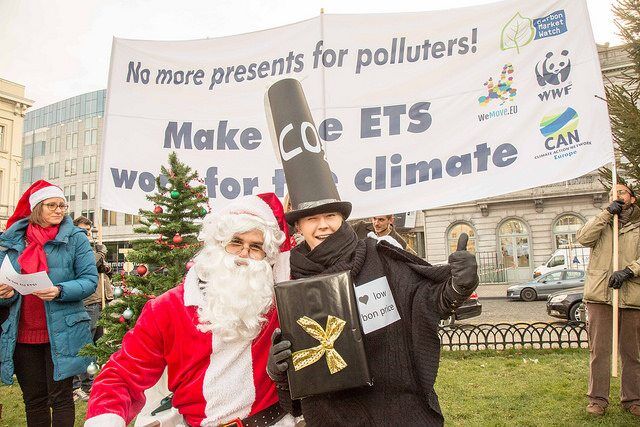 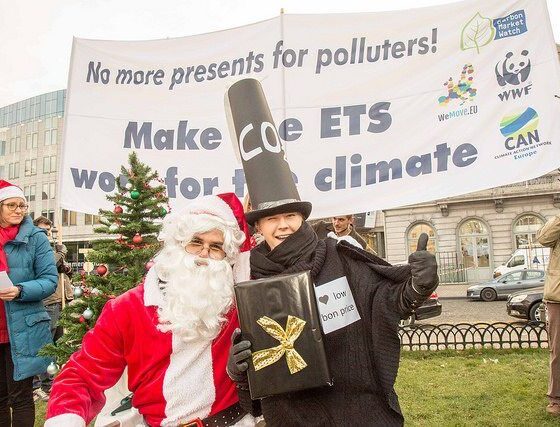 This morning the European Parliament’s Environment Committee (ENVI) voted on EU Emissions Trading Scheme’s redesign for the next 10 years.

CAN Europe welcomes the steps the Parliament took to scale up emission cuts, beyond what the European Commission has proposed, but stresses that these are still far too little to repair the broken scheme or align the EU’s planned emission reductions with the global temperature goals it committed to under the Paris Agreement.

In an effort to increase the ambition level of the revision, the environment committee agreed to increase annual emission cuts (via the so-called Linear Reduction Factor) from 2.2 to 2.4 percent per year, while recognising the need to review this number in order to align emission reductions with the Paris Agreement.

To cut the gigantic oversupply of pollution permits, the committee agreed to strengthen the Market Stability Reserve (MSR), which temporarily stores surplus carbon permits, by permanently cancelling 800 million allowances from the reserve, and by doubling the yearly rate at which it withdraws allowances from the market in its first three years.

However, with the surplus of pollution permits expected to grow to up to 4.5 billion by 2020, the proposed measures are still too weak to meaningfully impact the carbon price and make the polluters pay the full price for the damage their activities bring to the climate, health and environment. Moreover, the committee refused to align the starting level of the new carbon budget with actual emissions, which will create a new surplus right from the start of a new trading period.

“The lawmakers have clearly recognized that the Paris Agreement requires scaling up emission cuts. It is a pity that they have shied away from going further in increasing the level of ambition and making the ETS truly fit for purpose. The adopted position repeats the mistakes of the past by setting a carbon budget that fails to provide a serious constraint for emissions. It is now up to the Plenary and the Council to make sure that the new carbon budget starts lower and declines faster.”

Ministers will discuss the ETS reform at the next Environment Council on December 19th. Efforts of the Slovak Presidency to push through a weak decision text were not supported. “It is good to see that a large number of Member States recognises the need for a strong carbon price signal as an important element of aligning the EU’s climate efforts with the goals of the Paris Agreement.” Trio concluded.