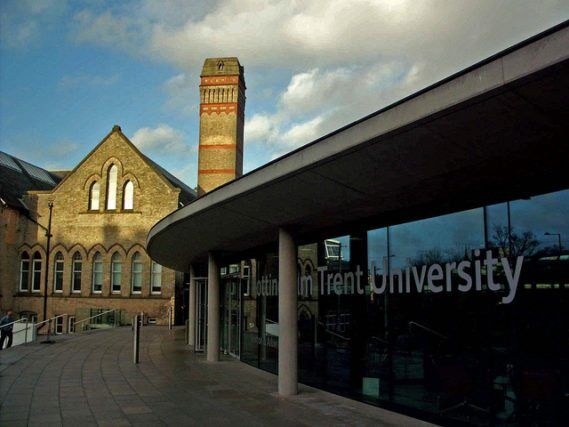 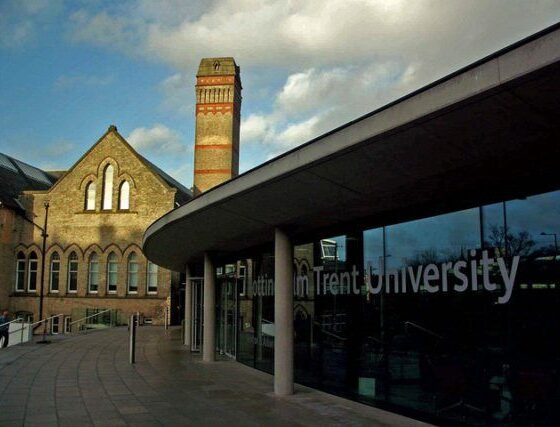 Nottingham Trent Is The UK’s Most Sustainable University

UK publicly funded universities have been scored on their policy and action for environmental and social justice as the 2016 People & Planet University League audits are published by student campaign network People & Planet.

Nottingham Trent University (NTU) have hit the No1 spot in this years table after consistently being ranked in the top 10 universities by People & Planet over the last 7 years.

First published in 2007, the league celebrates the ambition and success of universities that are taking a holistic and practical approach to tackling climate change and social inequality. The 2016 league results show that over 80% of universities now have publicly available policy on environmental issues and a quarter of institutions back this up with comprehensive targets to improve their sustainability. This year the data showed two record highs – 55% of UK universities – opening their campus up to external scrutiny of an external environmental management system audit and half of all universities have publicly available ethical investment policy.

It was also announced that UK universities are leading the way on fossil fuel divestment globally. The University League shows that 42 higher education institutions have committed to exclude the fossil fuel industry from around £10.7bn of endowment wealth, overtaking other EU countries, the US and Australia.

Amoge Ukaegbu, Campaigns and Movement Building Co-ordinator, People & Planet said: ‘UK universities have been world leaders on cutting-edge research into climate solutions. By severing their ties with fossil fuel companies, universities are standing in solidarity with the communities across the world that are on the frontline of fossil fuel extraction and climate change. The Fossil Free movement has grown exponentially with students and universities at its core, pioneering a new way for public institutions to be truly independent of the fossil fuel economy and in doing so, trailblazing a path for wider society to follow.’

In what campaigners claim is ‘a game-changing announcement’ it was revealed today that 16 new UK universities have committed to divest. These institutions join twenty six other UK universities that had already ruled out investing in coal and tar-sands or all fossil fuels. Combined this represents over a quarter of UK universities and places UK universities ahead of their global rivals. The UK all most has almost as many universities divested as the rest of the globe put together, with a total of 51 educational institutions divesting globally outside the UK – in the USA, Australia, New Zealand, Sweden, Denmark, Canada and Republic of the Marshall Islands. The USA is closest to the UK with thirty five institutions committing to divest, however this number only makes up a fraction of their institutions representing just over 1% of the US higher education sector.

100 policies included a vision to offer learning opportunities for sustainable development across all areas of study, with a third of universities starting the process by supporting teaching academics to explore areas of sustainability in the curriculum. 20 universities had implemented a framework to help them ensure that every student explored environmental and ethical challenges in their courses.

NTU is integrating sustainability into its teaching and learning through its “Green Academy”.
“We made it a formal requirement six months ago that all of our courses incorporate at least one of the 17 UN sustainable development goals,” says Grant Anderson, NTU’s environmental manager. “We think it will give our students an edge in their careers to have considered some of the environmental challenges they will face in their lifetimes,” he says.
“So chemistry students are looking at the role they can play in finding solutions to feeding the world in a sustainable way and primary education students learn practical gardening skills that they will be able to share with their pupils at the university’s food share allotments”.

NTU Vice-Chancellor, Professor Edward Peck, said: “Returning to the top of the People and Planet University League – alongside a plethora of other awards – shows what can be achieved when professional services colleagues, academics, and students work together on an issue in which they all believe. ”

Whilst this years People & Planet University League acknowledges the inspiring vision and practice of the top 30 universities, by awarding them a “First” class degree, the overall picture looks less encouraging when you take a step back. At the national level, university commitment to meeting the climate challenge is dwindling.

60 institutions lacked any evidence of a senior role with responsibility for sustainability issues, which may leave middle management staff powerless to make key decisions with regard to sustainability. More worryingly, People & Planet noted a decrease in university environment staff as one third of universities now appear to have no dedicated environment team at all.

Since 2009, the number of drivers encouraging sustainable development in the Higher Education sector, have all but disappeared. This is especially poignant in England when you look at the change in government priorities.

Before the coalition were elected in 2010 there was a flurry of carbon reduction and sustainability initiatives in universities that were encouraged by government policy and linked to university funding.

Hannah Smith Co-director; Research and Campaigns at people & planet said:
This was an exciting time – the future looked set to harness the energy of 150 institutions of research, creativity, innovation and knowledge, not to mention the 5million students per year. Right now the policy landscape looks bereft of any support or incentive, which we find extremely concerning when you consider the opportunity the UK has to meet carbon reduction targets through the ambition of world-class universities” .

Since 2005 the HE sector in England has managed to achieve a 10% reduction in carbon emissions. John Bailey, Head of Sustainability at the University of London has conducted his own research into the plight of university carbon targets.
“If the future emission reductions follow the same trajectory will achieve a 26% saving by 2020, a big difference from the 43% target set by the sector” he said.