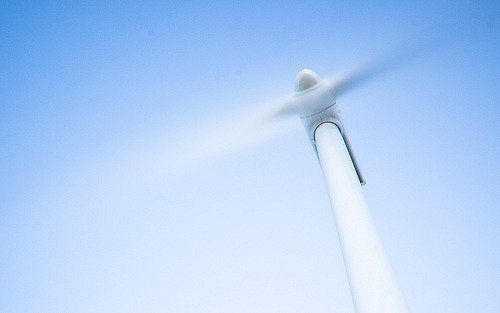 The 5th annual Top 100 Power People Report was released today by A Word About Wind, the wind industry intelligence service.

The initiative identifies and ranks the most influential individuals within the global wind energy sector and provides an insight into the investment and political trends that have shaped the market over the past 12 months.

Significantly, the 2016 edition of the report reflects a number of global power shifts, driven by new financing structures, major buyouts and swings in political support for renewables.

In particular, as the influence of US blue-chip firms continues to grow, the number of representatives from corporate electricity buyers featured in the Top 100 has doubled, from three in 2015 to six. This increase reflects the role long-term power purchase agreements have to play in ensuring the viability of new wind schemes in both established and emerging markets.

The rise of corporate buyers has been matched by the fall of yieldco investors over the past year, highlighting the impact of the high-profile collapse of SunEdison. The number of individuals representing these firms has slipped from three in 2015 to one this year.

At the same time, an overall rise in the number of developers featured in the report hints at a move away from the traditional build-and-own model favoured by utilities and towards constructing projects for pure financial investors expanding their asset portfolios.

Policy is another driving force behind wind energy development and contrasting political landscapes have led to an apparent shift in the balance of power between the established wind markets of Europe and the US.

In Europe, EU policies and rapidly falling costs have encouraged many players in the market to look offshore. 43 individuals featured in the Top 100 work in the offshore sector, 29 of whom have interests in both onshore and offshore. This growing overlap may be indicative of a desire to diversify, and the upcoming buyout of onshore manufacturer Gamesa by offshore giant Siemens shows the attraction of managing risk with a presence in both sectors.

While players in Europe are negotiating a complex regulatory environment, the US market has seen a resurgence in investor confidence following the extension of the production tax credit (PTC) in December 2015. More than half of the individuals in the 2016 Top 100 report work for companies that are involved in North America as either their primary or secondary market.

“It’s hardly likely to be the biggest news story coming out of North America today, but it is fair to say that US growth has been one of wind’s major success stories in 2016,” said Adam Barber, Publisher, A Word About Wind. “While this success can be attributed to the renewal of tax credit support, as ever, we must recognise the contribution of key individuals and their companies.”

“This year’s ranking process was the most competitive we’ve seen to date, and the number of high-profile omissions we’ve been forced to make is testament to the ongoing ability of the rapidly developing wind energy sector to attract and retain talented, influential individuals.”

“Accordingly, we’ve seen the number of corporate players featured on the list double as the influence of these firms continues to grow. We’ve also seen the number of represented developers grow considerably, pointing to the rise of institutional investors who are looking to buy and hold onto assets, rather than develop themselves.”

“This investment community is becoming increasingly diverse – with banks, fund managers, private equity and state-backed investors all featuring prominently this time around.”

The Top 100 Power People Report is an annual initiative, published and distributed in Q4 each year by A Word About Wind. Nominations are received from early June until the end of August. Each candidate is then assessed, rated and ranked by an advisory board consisting of impartial senior wind industry representatives. Alongside this ranking, this year’s report includes exclusive interviews with Samuel Leupold, head of wind at Dong Energy and Ian Mays, former chief executive of the RES Group.

For further information, and to obtain a copy of the 2016 Top 100 Power People Report, please visit: www.awordaboutwind.com/reports/the-top-100-power-people-in-wind-2016/