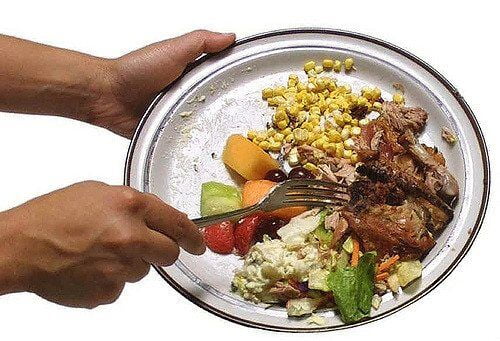 WWF-UK and global catering provider Sodexo have formed a partnership to reduce the environmental impact of the meals they serve by implementing healthier and more sustainable menu choices.

The food we eat has a huge impact on the health of our planet and our own wellbeing. Intensive food production is a major driver of habitat destruction and climate change and now accounts for up toa third of our global greenhouse gas emissions.

Nick Hughes, Food Sustainability Advisor at WWF said: “The way we currently produce and consume food is negatively impacting our own health and the health of the planet. If we’re to achieve a future where people and nature thrive together, we need to reconsider the types of food we eat in the UK and where and how our food is produced.”

Green & Lean meals are based on the idea that by making simple switches, such as serving more wholegrains, vegetables and pulses, using dairy products lower in fat, and adding sugar and salt sparingly, we can deliver meals that are better for our health. And by selecting seasonal fruits and vegetables and sourcing certified and sustainable meat and fish we can serve up food that is better for our planet too.

Green & Lean meals will launch across over 40 independent schools in England in an effort to improve children’s diets by providing healthier school meals that reduce the impact on the environment. The roll out follows a successful pilot in eight schools in November 2015 in which almost 20,000 meals, containing more than a tonne of extra vegetables, were served to pupils.

A number of schools, including Emanuel School have already started serving Green & Lean meals to students, and by January 2017 all independent schools served by Sodexo will be serving at least one Green & Lean meal per day.

Phyllis Street, Catering Manager for Independents by Sodexo at Emanuel said “I thought the Green & Lean recipes were excellent.  They were very tasty and colourful which is a great advantage, on top of that they were healthy and nutritious so the fact that they are also good for the environment means it is a winning combination.  The pupils and staff really enjoyed the Lean & Green recipes at lunch and using recipes like this supports the school’s ‘green’ initiatives as well.  Encouraging children to eat more pulses and vegetables is not always easy, so by including them in tasty main courses is a great way to achieve this”.