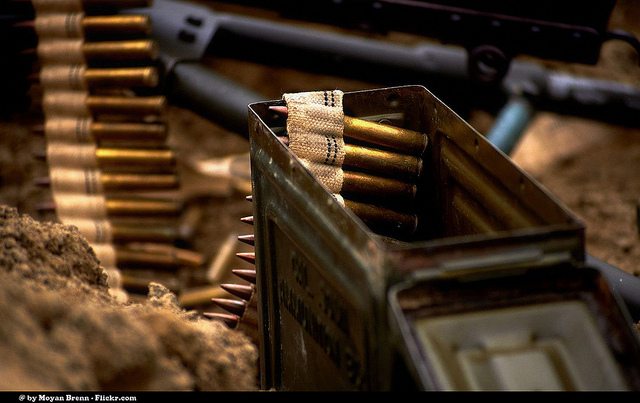 A new analysis from the National Bureau of Economic Research has amalgamated the findings of 55 studies and concluded that there is a relationship between the effects of climate change and the rise of violent conflict.

The paper assessed conflict between individuals, such as assault, murder or domestic violence, and groups, which includes gang violence, riots and other forms of political instability. Across 55 separate studies the impacts of climate change, from drought to rising temperatures, were found to increase violence in both areas.

The researchers state, “We find that deviations from moderate temperatures and perception patterns systemically increase the risk of conflict, often substantially, with average effects that are highlight statistically significant.

“We find that contemporaneous temperature has the largest average effect by far.”

For each one degree Celsius of temperature increase interpersonal conflict increased by 2.4% and intergroup conflict by 11.3%, the study finds.

A draft study from the Intergovernmental Panel on Climate Change (IPCC) that was leaked In March also found that conflict could increase because of the effects of climate change. A panel of former American generals and admirals has warned that global warming is already acting as a catalyst for conflict and poses a serious risk to national security.