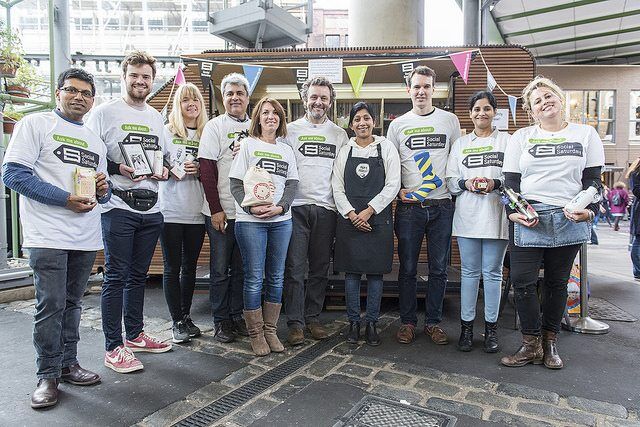 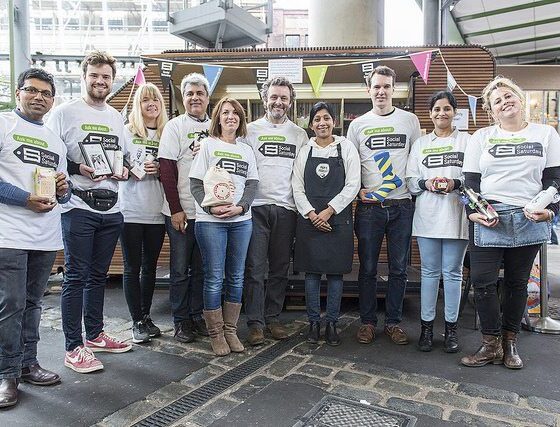 In celebration of Social Saturday, which took place over the weekend, some entrepreneurs got the opportunity to meet actor and activist Michael Sheen at London’s Borough Market.

Social Saturday is designed to inspire people to buy from British social enterprises. Well-known names include The Big Issue, Café Direct, Divine Chocolate and Jamie Oliver’s Fifteen restaurant chain. Britain is home to 70,000 of these alternative businesses, which contribute 24bn to the economy and employ one million people.

Free of shareholders, social enterprises – which include cooperatives – choose to plough their profits back into the business to deliver on their social or environmental cause, which might be getting ex-offenders back into employment, or reducing the amount of waste that goes into landfill.

Michael spoke with a number of social entrepreneurs and took part in a cookery demonstration with Brigade, a life changing social enterprise that trains homeless people as professional chefs, helping them to get off the streets and into work.

The Welsh actor, who is Patron of Credit Unions Wales, said:

“Recently I’ve been visiting social enterprises in the UK and Spain to learn more about how they’re helping to regenerate communities and change people’s lives for the better. I’m keen to understand how I can help bring some of the strengths of this alternative business movement back to Wales.”

“We were delighted to introduce Michael to some of the UK’s most inspiring social entrepreneurs, who are using their business acumen to positively change the communities and the world we live in. Awareness of social enterprise is growing in the UK and the key reason for this is the rise in the number of social enterprises selling to British consumers. People care about the ripple effect of their spending – it’s one of the reasons that the social enterprise movement is thriving. Social enterprises operate in communities across the UK, from coffee shops and cinemas to dentists, supermarkets and leisure centres.”

Borough Market is not only London’s oldest fruit and veg market, but also unique in being a charitable trust that exists to provide a market for the public. Borough works with small businesses and social enterprises, providing them with guidance and support. Currently it is home to three social enterprises – Change Please, The Golden Company and Rubies in the Rubble.