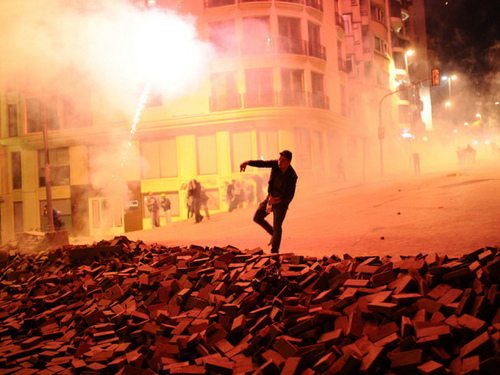 Environmental instability often fuels dangerous social conflict, writes Jim Sanders, a retired west Africa watcher for various federal agencies in the US, in an article that originally appeared on the Council on Foreign Relations’ Africa in Transition blog.

Recent protests in Turkey and Brazil are being lionised in the financial press as products of rising prosperity in “developing” countries, where economic growth grates against stagnant institutions. Yet simultaneously another powerful force is also engendering violent social unrest and revealing institutional deficiencies: climate change.

Ohio State University professor Geoffrey Parker argues in his new book, Global Crisis: War, Climate Change and Catastrophe in the 17th Century, that “the experience of the 17th century shows that long-term turbulence and unreliability of the weather inevitably produces calamitous outcomes for humanity.” Civil unrest, conflict, disease, government collapse, and commercial disruption are among the dire consequences.

For Parker, close study of the past, of how governments and people coped with climatic catastrophe in previous centuries, can yield valuable lessons for dealing with such disasters today. But “denial […] the commonest human reaction to environmental catastrophe”, is an obstacle.

“The worsening droughts, desiccation, and desertification in equatorial Africa over the past 40 years have caused massive migrations, famines, and wars that resemble those of the mid-17th century; yet the rest of the world does virtually nothing”, Parker wrote in an article five years ago. Climate change, he says we want to believe, is not happening yet, or at least not to us.

But in Africa, its effects are undeniable and likely to dwarf those of “booming” middle classes. According to a 1990 paper by Ahmadu Bello University professor Sabo Bako, members of the Maitatsine sect, active in northern Nigeria in the 1980s and described as Boko Haram’s “forerunner”, included victims of ecological disasters that left them in “a chaotic state of absolute poverty and social dislocation in search of food, water, shelter, jobs, and means of livelihood.”  Climatic factors are cited in analyses of Boko Haram’s emergence and, in the view of one Nigerian security official, “religious violence” in the country is strongly correlated with environmental stress.

Terrorism and jihadist ideology dominate analysis of groups such as Boko Haram. But Prof Parker suggests a different approach: rewind the tape of history as a means of bringing to light 350-year-old coping strategies that could help manage what looks to be the world’s coming General Crisis. Such strategies are needed in Africa today.

Jim Sanders is a retired west Africa watcher for various federal agencies in the US. This article originally appeared on the Council on Foreign Relations’ Africa in Transition blog.