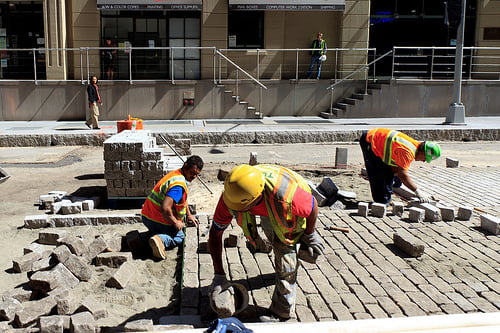 Increasing temperatures and humidity are expected to double labour capacity losses by 2050, according to research by the Geophysical Fluid Dynamics Laboratory in New Jersey.

Productivity during the hottest months is normally reduced to about 90%, says the research, but in a future scenario where global warming could lead to a rising temperature up to 6C, people across the world could be unable to work altogether during the warmest months.

Authors of the research have estimated that people’s ability to safely perform sustained labour under environmental heat stress will be affected by water vapour in the atmosphere and increasing humidity, in areas like the Mississippi Valley and part of the US east coast.

The research predicts that in this scenario, heat stress in New York City will exceed that of present-day Bahrain, where people have been known to have died from heat stroke while sleeping.

Scientists told the Huffington Post that the US west coast and northern Europe are likely to be two of the places less affected by the trend toward more hot and humid climate.

These projections, despite uncertainties and variables, have shown that climate change would affect not only the environment and the weather – something already visible in many forms – but also people’s capacity of doing everyday work.

Authors have indicated that to retain labour’s capacity, we should manage to limit global warming to less than 3C.