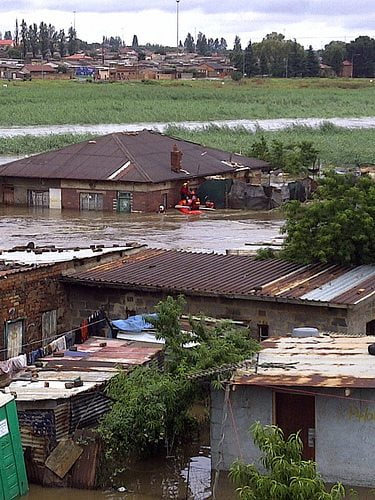 Climate change is one of the greatest global trade and security risks we face this century, according to the UK’s climate and energy security envoy Rear Admiral Neil Morisetti.

Speaking to the Guardian, Morisetti, who was appointed special representative for climate change earlier this year, said that the UK’s national security would be at risk, too.

He said, “Just because it is happening 2,000 miles away does not mean it is not going to affect the UK in a globalised world, whether it is because food prices go up, or because increased instability in an area – perhaps around the Middle East or elsewhere – causes instability in fuel prices.”

Morisetti said he believes that changing climate patterns would affect global trade and spark conflict in areas at risk of extreme weather events, as competition for energy and water resources increase.

The government, which has put the topic on the G8 agenda, should not wait to have all the required information before acting effectively, he said.

He added that the military is involved in the climate change debate because of its reliance on fossil fuels: “In Afghanistan, where we have had to import all our energy into the country along a single route that has been disrupted, the US military have calculated that for every 24 convoys there has been a casualty. There is a cost associated in bringing in that energy in both blood and treasure.”

Using clean energy such as solar power would bring about more than one benefit: “The principles of delivering your outputs more effectively, reducing your risks and reducing your costs reads across far more widely than just the military: most businesses would be looking for that, too.”

The national and global security implications of climate change add to existing threats in financial markets, the insurance industry, agriculture and the more vulnerable developing nations.