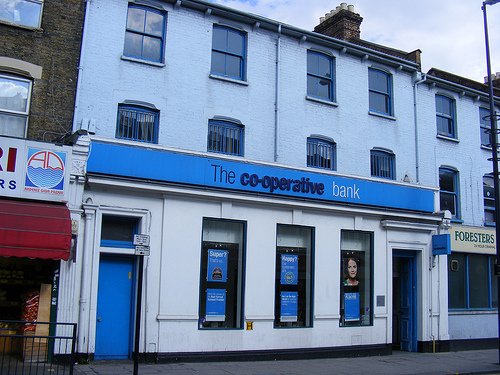 The Co-operative Bank has admitted its procedures had “fallen short of the high standards” it expects, after the Financial Services Authority (FSA) handed it a £113,300 fine for delaying payment protection insurance (PPI) complaints.

The bank, widely regarded as the alternative sector’s most high-profile player, stalled in processing 1,629 complaints at the beginning of 2011 in order to see the outcome of the banking industry’s High Court battle with the FSA over PPI rules.

“While nobody suffered any financial loss, Co-op’s actions meant that a significant number of people had the resolution of their valid complaints delayed for no good reason”, said Tracey McDermott, the FSA’s director of enforcement and financial crime.

In a statement, a spokesperson for the Co-op said, “Our strong reputation within the banking sector has been built upon doing the right thing by our customers but in this instance our procedures have fallen short of the high standards rightly expected of us.”

Before Christmas, the bank featured in the ‘nice’ section of Blue & Green Tomorrow’s naughty or nice banking list, after enjoying a prosperous 2012 at the forefront of the alternative sector.

And although this particular misdemeanour is small in comparison with the ills displayed by a number of mainstream banks of late, the Co-op’s image as the go-to institution for disillusioned high street customers is likely to have taken a hit.

There are of course an abundance of smaller banks, building societies and credit unions available to customers who wish to move their money to better institutions – many of which are profiled in B&GT’s Guide to Sustainable Banking 2012.