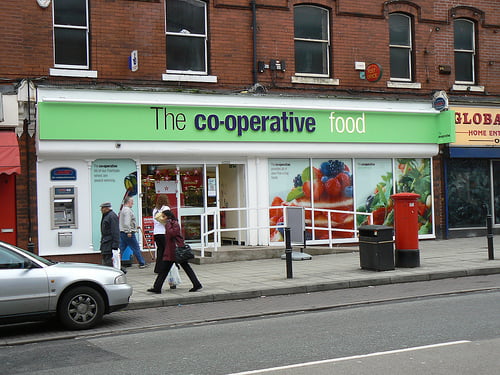 The Co-operative Group has launched its ethical plan for 2013-2015, in which it sets itself new sustainability targets on its way to being “the most socially responsible business in the UK”.

“The Co-operative has always had a purpose beyond profit, and recognises that some things are plainly unjust and need to be tackled, with or without a business case”, the updated strategy reads.

The plan focuses on various aspects of sustainability, from helping local communities and promoting responsible finance, to attending to environmental concerns and global poverty.

It also said it plans to dramatically increase the number of women on its boards and that it had already reduced its greenhouse gas emissions by 40% since 2006.

“We recognise that there are physical limits to the resources of the Earth and that any business activity that exceeds these limits is, by definition, unsustainable in the long run”, it says.

The Co-operative reaffirms its commitment over sourcing Fairtade products, by “remaining second to none in terms of availability and overtrade”, engagement with responsible retailing, by encouraging people to eat healthier, and requiring high animal welfare standards for its goods.

It also stresses the importance of ethical finance in a period when many customers have revealed dissatisfaction for their banks over the scandals and crises that have engulfed the mainstream sector in recent months.

“Following the introduction of an ethical policy in 1992, the Co-operative Bank has withheld over £1bn of funding from business activities that its customers say are unethical”, the plan adds.

The Co-operative has more than 5,000 retail outlets across the UK and is owned by more than 7 million members.