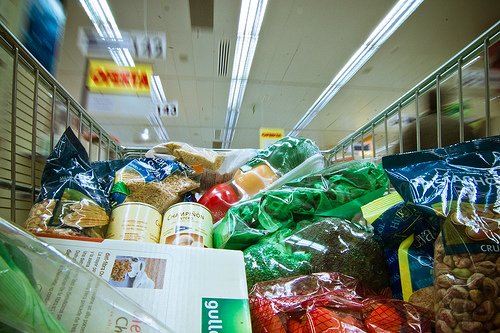 Food businesses that adapt properly to the impacts of climate change are the ones that will prosper in the future, according to a report by the Department for Food, Environment and Rural Affairs (Defra).

The study, called Adapting to climate change in the food industry, was written by Midlands-based firm Social Change UK. It uses over 40 case studies to paint a picture of the current attitude towards changing behaviour to become more sustainable.

The mix of small, medium and large UK food and drink businesses that were studied, which boast a combined turnover of £116 billion, include Tesco, Warburtons, Aldi and Greggs.

Despite an overwhelming scientific consensus that the climate is changing and indeed does pose a risk to economies worldwide, research found that a significant number of businesses rejected an immediate cause for concern to their organisation. Instead, many were opting for a ‘wait and see’ attitude when it came to adapting to climate change.

“Collectively, the food production, distribution and retail industries are vital to the nation’s economy and for the provision of our basic subsistence”, said Kelly Evans, director at Social Change UK and author of the report.

“These industries contribute to greenhouse gas emissions but they are also vulnerable to its effects; with growers particularly at risk.

“Adaptation to climate change is necessary for businesses to survive and grow but also to protect the food chain and the nation’s food security today and in the future.”

The study draws up a number of key findings. Competitors and customers are highlighted as arguably the biggest driving forces behind businesses adapting to climate change.

However, points out the “reactionary” attitude of many businesses, as well as detailing a number of firms that have had to shell out a significant amount of money already because of failing to adapt.

“We cannot just leave this important issue of food security and climate change to a later date”, Evans added.

“We identified real barriers for businesses in this research that need to be addressed – including a long-term vision and cross party government support.

Businesses across all industries will begin seeing significant changes in their operations in the near future, if they haven’t already witnessed this.

Becoming a more sustainable organisation is essential, regardless of whether you believe anthropogenic climate change is a threat. The problem is pollution and waste; so cutting those both down in any way necessary is the vital first step in adaptation.