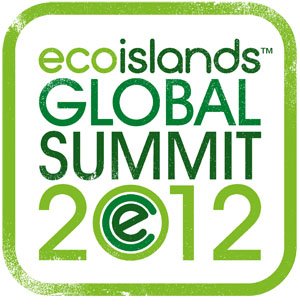 More than 20 islands and regional communities from across the world will gather in Cowes on the Isle of Wight today, for the inaugural Ecoislands Global Summit – an event that aims to lay out a ‘greenprint’ for a sustainable future.

The summit – which is fronted by the Ecoislands Partnership – will bring together sustainability experts, island representatives, government officials and technology gurus for a two-day discussion on sustainability and climate change.

The premise of the assembly is that each of the islands involved are too small to act individually, but will also arguably see the worst effects of a warming climate. By congregating for an annual summit, though, the islands can unite in order to collaboratively take steps towards action.

“Often it is the smallest places that can demonstrate the greatest change and it is time for our political leaders to take note that the people want change”, explained Ecoislands founder and chief executive, David Green, who spoke to Blue & Green Tomorrow about the initiative in an interview last month.

“They want a cleaner, greener lifestyle and they need inspiration projects like this to act as beacons to the rest of the world.

“The summit is not about talk and targets, it’s about communities uniting on a meaningful journey to sustainability and accessing the resources and knowledge to turn that vision into reality.”

Recently installed energy and climate change minister, John Hayes, is down to talk at the summit, which will also play host to over 65 business partners, including IBM, Scottish and Southern Energy and Toshiba.

The Ecoislands Partnership was originally set up by Green in order to try and make the Isle of Wight – where the project was based – the UK’s first truly sustainable region. And after attracting interest from other islands and regional communities, Green and his team decided to set up an annual event at which all of these places can assemble and share ideas.

The islands and communities involved will be asked to sign the Ecoislands Accord – an obligation that would commit them to become clean energy self-sufficient by the end of this decade, and sustainable by 2030.

It is hoped that the summit will take more definitive steps to tackle or mitigate climate change for these places than previous global summits in Copenhagen, Rio and Bangladesh did.

Ecoisland: a greenprint for a sustainable future