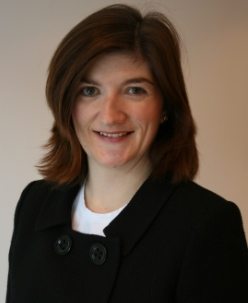 In October last year the British Humanist Association (BHA) published a report revealing that hundreds of thousands of children had been unlawfully denied access to religiously selective state schools in England. Almost all instances were due to a failure to comply with the Schools Admissions Code.

These violations included discriminating on the basis of race and gender, prioritising children whose parents are able to arrange flowers or clean at church, and even policing whether or not a child’s parents are having sex when their mothers are menstruating. Without the BHA’s objections, taken on behalf of parents, this would still be happening.

Despite the Schools Adjudicator upholding almost all of the BHA’s complaints, the Government has described the BHA’s work as ‘vexatious’.

On Monday, the Education Secretary Nicky Morgan announced that she will seek to prevent civil society organisations from objecting to schools’ admission arrangements. The ban is, in Morgan’s own words, to ‘stop vexatious complaints against faith schools by secularist campaign groups’.

The Education Secretary is moving to prevent the BHA and others from voicing concerns on behalf of parents facing problems as a result of unlawful discriminatory religious selection within the school admissions system.

The BHA has written to Nicky Morgan expressing outrage that the Government could take such a step. The BHA is are encouraging everyone to write to their MPs to speak out, and they have provided a facility through which it is possible to do so.

In December 2015, Morgan declared that because UK religious traditions are mainly Christian, a High Court ruling should be ignored which had said that religious teaching should be pluralistic and therefore include atheism. Her assertion contradicted a major report demonstrating that Britain is no longer just a Christian country. Only two in five British people now identify as Christian.