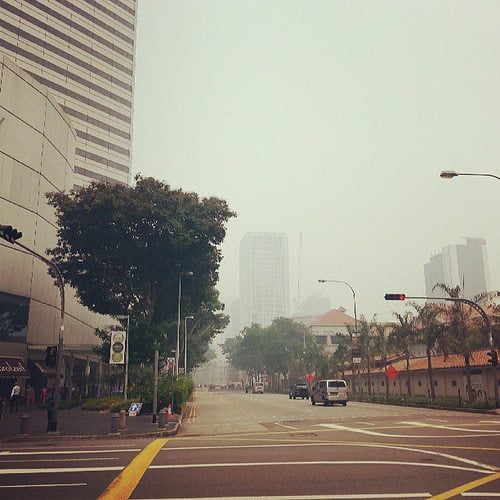 Singapore’s pollution standards index has reached the hazardous level of 371, because of the illegal burning of forests in nearby Indonesia.

Singapore’s prime minister Lee Hsien Loong has told people to stay indoors, as the smog caused by fires in Sumatra could last for weeks.

Pollution is considered harmful to health when it goes over 200 points in the standards index and as smog in Singapore has gone over 300, citizens are likely to be severely impacted.

Vivian Balakrishnan, environment and water resources minister, wrote on his Facebook, “This is now the worst haze that Singapore has ever faced. And no country or corporation has the right to pollute the air at the expense of Singaporeans’ health and wellbeing.”

He added, “Urgent and definitive action by Indonesia [is needed] to tackle the problem at source. Singaporeans have lost patience, and are understandably angry, distressed and concerned”.

Facemasks have gone out of stock and vulnerable people, such as the elderly and children, have been told to pay extreme attention by avoiding activities outside.

Nearby Malaysia is reported to be less affected on the whole, but hazardous levels have been registered in some southern areas.

Forest fires are used by farmers and landowners to clear their land quickly and cheaply. According to the BBC, Indonesian officials have suggested that foreign palm oil companies might be somehow involved, but these have so far denied such claims.

The Indonesian government has reacted to Singapore’s alarm by saying that “it is behaving like a child” and that the government was educating farmers to use alternative methods.

The two countries’ environment officials are due to meet in Jakarta on Thursday to discuss the issue and find solutions.