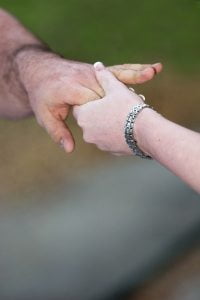 A group of leading charities in the UK have launched a manifesto with recommendations to improve corporate sustainability and accountability in corporate human rights abuses abroad.

The CORE Coalition, made up of Amnesty International, ActionAid, CAFOD, Friends of the Earth, Traidcraft and WWF, is calling on UK political parties to commit to the proposed recommendations, in a bid to curb a consistent abuse of people in within supply chains, corporate tax avoidance and support for those who have been abused by corporate power.

Greater clarity in what the government demands of companies will enforce greater business practices and the subsequent abuse that follows a lack of authoritative policing, argues the group.

The manifesto, called ‘Doing Business Better’ has been launched ahead of the approaching conference season for the UK’s political parties.

Marilyn Croser, director of CORE, said, “Consumers and investors’ expectations of ethical business standards are growing. The next government will need to take clear, urgent and coherent action to address irresponsible corporate behaviour.

“There is no shortage of opportunities to make a difference. ‘Doing Business Better’ lays out its recommendations for government to ensure its policies go beyond simple lip service. Political will is needed now to translate policy commitments into practical changes.”

According to research conducted by the Chartered Institute of Purchasing and Supply (CIPS), 11% of business leaders that have a supply chain think it is likely that modern slavery is playing a role somewhere along the line.

The organisation said these findings suggest that businesses have reverted to a ‘don’t ask, don’t tell’ policy when it comes to their supply chains.