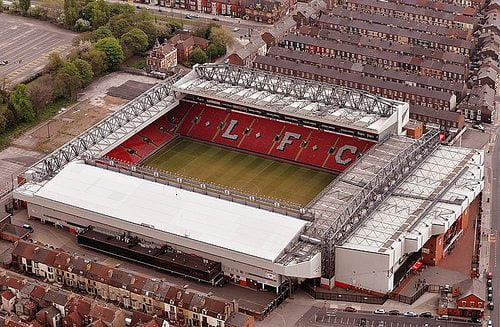 Liverpool Football Club is hitting its targets both on and off the pitch – as the team topping the Premier League table has also exceeded its energy reduction goals.

In March, the club announced it had signed a new energy and carbon policy to reduce the club’s consumption by ten per cent in 2013.

Andrew Parkinson, operations director at Liverpool FC, said, “We have worked extremely hard right across all our sites to embed energy-saving thinking into our everyday culture. We created a ‘Reds going Green’ team which was made up of employees right across the club and we are all delighted with our first year’s performance.

“We’ve got to build on this momentum now. We will be setting a new energy and carbon reduction target for the next 12 months and we’re also looking at setting targets for reducing our water consumption and waste management.”

Parkinson told Business Green that LED lighting has been fitted at the club’s Anfield stadium while recycling facilities have been improved and green champions have been established to drive savings across the club’s different operational areas.

Liverpool’s Premier League rivals Manchester United has also committed to an environmental sustainability policy. In 2012, the club was awarded a gold standard by the Green Tourism Business Scheme certification programme.

United’s Old Trafford home became the first football stadium to be presented with the prestigious title.

“The whole of Manchester United is very dedicated and proud of its sustainability policies”, said the club’s director of venue, Karl Evans.

“To be the first football venue to receive this award is a great achievement and the fact that we achieved gold, the highest level available, demonstrates the club’s level of commitment to the environment.”