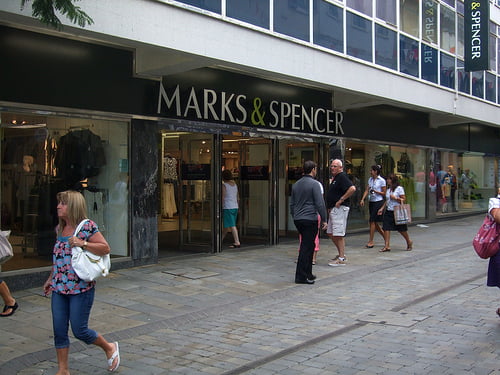 M&S published the announcement in its How We Do Business report, which covers the first five years of progress made in its 180-point eco and ethical programme, Plan A.

The plan was launched in 2007 with a prerogative to address three pressing global challenges: the increasing pressure on our planet’s finite resources, rising social inequality and the need for a healthier, more sustainable lifestyle. Since its inception, the evidence for change has been multiplying.

M&S says that 138 commitments have been achieved to date, and a further 30 are “on plan”. Six commitments are “behind plan” and six are yet to be addressed.

“This has been a very good year of progress with 43 additional commitments achieved”, says Richard Gillies, director of Plan A, CSR and sustainable business.

“But we know that we still have much to do as we work towards our 2015 targets.”

So what sits beneath a carbon neutral crown? The title means that M&S stores, offices, warehouses and delivery fleets in the UK and Ireland have significantly reduced carbon emissions and rounded off remaining environmental impressions by purchasing high quality carbon offsets.

Among offsets are forestry projects in Malaysia and Kenya, wind power projects in Turkey and India, and biomass energy projects in China and Sri Lanka.

Despite growing consumer demands of 18% since 2007, M&S gas emissions are down by 22%, the equivalent to 158,000 tonnes of carbon dioxide. This has been achieved by cutting electricity use, reducing gas leaks from refrigeration units and improved fuel efficiency.

The improvements addressed by the report communicate every branch of sustainable and innovative developments. From customers’ individual inputs, to manufacturers’ ‘waste not’ attitude, we are presented with commendable examples of 18% reductions in water usage, 84% sustainable wood sourcing, 80,000 tonnes of CO2 saved across M&S stores and 1.7 billion fewer carrier bags, to name but a few.

This year’s ‘Shwopping’ campaign, launched with the support of Joanna Lumley, has also seen an abundance of positive feedback. But it has also had its fair share of negative press, too, with The Guardian’s Deborah Orr offering a particularly scathing review of the scheme.

Nevertheless, the campaign’s heart appears the be in the right place, encouraging customers to return more garments to M&S stores, which, in turn, donate the collections to Oxfam.

Against the obvious successes in the company’s sustainability toils, management admit slight disappointment at the retailer’s failure to meet some of its more ambitious targets.

It has fallen slightly short of its 100% sustainably sourced wood goal, but remains positive in its vision for 2020, under which, all M&S products will have at least one Plan A quality.

Mike Barry, head of sustainable business at M&S, said: “There are a couple of disappointments but these are challenging economic times and M&S deserved eight out of ten for making some sustainable achievements in the first five years of Plan A.

“This detailed evaluation shows the powerful business case for the initiative. We look forward to working further with our 21 million shoppers to make further progress by 2020.”

Big Clean Up: the results