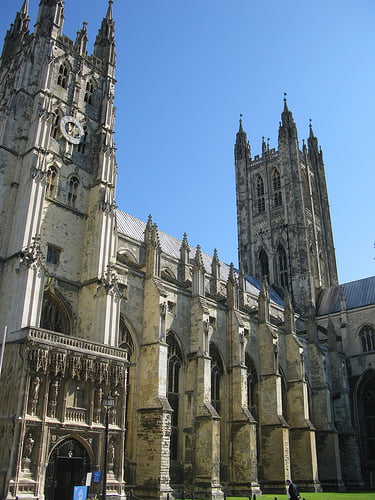 Justin Welby, a former oil industry executive, is set to become the next Archbishop of Canterbury. He has an opportunity to lead an ethical investment revolution in church finance.

Ever since the Religious Society of Friends – also known as the Quakers – devised the idea of investment that incorporates ethics, morals and values, religion and ethical investment have fitted together well.

John Wesley, the 18th century theologian who laid the foundations of the modern Methodist movement, also helped nurture ethical investment’s growth. “‘The love of money’, we know, ‘is the root of all evil’; but not the thing itself”, he said in a 1760 sermon called The Use of Money.

Christian values like stewardship and the Islamic legal system Sharia law are just two aspects of faith that go hand-in-hand with more enlightened investment. Indeed, the recent and hugely successful National Ethical Investment Week (NEIW) made religious groups one of its three core areas to target – along with charities and financial advisers.

And as we’re on the verge of seeing the next Archbishop of Canterbury named – thought to be current Bishop of Durham Justin Welby – now seems like the perfect opportunity to issue a rallying cry to religious groups across the country to think seriously about the impact that their investments are having.

The current incumbent of the role is Rowan Williams, who steps down in December after a decade in the post. Williams was often outspoken on financial issues. Writing in The Financial Times last November, he said that the Church of England has a “proper interest in the ethics of the financial world and in the question of whether our financial practices serve those who need to be served – or have simply become idols that themselves demand uncritical service.”

But Bishop Welby has a big task ahead of him, should he become the next Archbishop of Canterbury.

In a 1966 lecture entitled The Historical Roots of our Ecological Crisis, Lynn White Jr said, “As we now recognise, somewhat over a century ago science and technology – hitherto quite separate activities – joined to give mankind powers which, to judge by many of the ecologic effects, are out of control. If so, Christianity bears a huge burden of guilt.”

This is not to say that religious individuals ought to look after the planet in order to get back into God’s good books; but instead, they should be inspired to think about the footprint they’re leaving behind, and if necessary, change their ways. And investing ethically is one such form of doing just this.

Investment trade outstrips real trade 26:1 in the financial world. In the UK alone, there are almost 45 million people who class themselves as religious, according to the 2011 census. And though this figure probably doesn’t reflect the actual number of individuals who regularly attend churches, synagogues, mosques and so on, as well as abiding by scripture, the scope for investing with values is still huge.

Before studying theology at Durham University in 1987 and being ordained in 1992, Bishop Welby spent 11 years working in the oil industry, for one company that would eventually become Total and another that would merge into Shell.

His knowledge of the fossil fuel sector and its devastating environmental impact, combined with his strong religious beliefs, ought to transcend him into a well-equipped speaker on sustainability.

“[Faith groups] are in a position to play a vital role in encouraging people to consider the positive difference they can make to society and the environment by choosing green and ethical options”, said Penny Shepherd, chief executive of the UK Sustainable Investment and Finance Association (UKSIF), after NEIW had announced its intention to target this particular crowd.

There are many saintly areas that individuals can make their money help tackle, including climate change, human rights and equal opportunities. And equally, there are a number of so-called sin stocks that ethical investors avoid.

The Church of England Pension Board’s Annual Report 2011 said that it doesn’t invest in companies that derive usually 25% or more of their turnover from areas such as gambling, tobacco and arms. But it does however, boast oil trio Shell, BP and ExxonMobil, along with HSBC, Pfizer and Rio Tinto amongst its return-seeking asset pool’s largest holdings.

Religion is mission-driven belief system, so opting for investments that contribute to the economy, the environment and society is surely a match made in heaven. It’s therefore essential that Bishop Welby uses his position of power to encourage a revolution in personal and church finance to a more ethical, more enlightened destination. And we fully encourage him to do so.