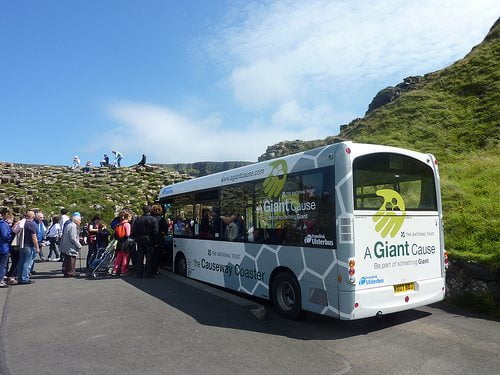 Researchers at the University of Ulster have said that the transport system in Northern Ireland must be improved in order for the country to compete globally. This comes after a study found that tourists preferred travelling by car than public transport.

The research project, carried out by the university’s business school, revealed that tourists to Northern Ireland’s Giant’s Causeway only used public transport in 4% of cases. Meanwhile, 83% travelled by private car due to “convenience”.

Dr Norry McBride, one of the researchers, highlighted the necessity for change within the transport sector.

“Therefore an appropriate transport system is essential to support the predicted growth in tourism.”

A conference named Sustainable Transport for Rural Tourism was held last week in Derry-Londonderry, where representatives from transport providers met to share knowledge and experience for best practice. Speakers at the conference included representatives from the Northern Ireland Tourist Board, Sustrans, Translink, Special EU Programmes Body and Derry City Council.

Private sector has a ‘key role’ in shift to sustainable transport