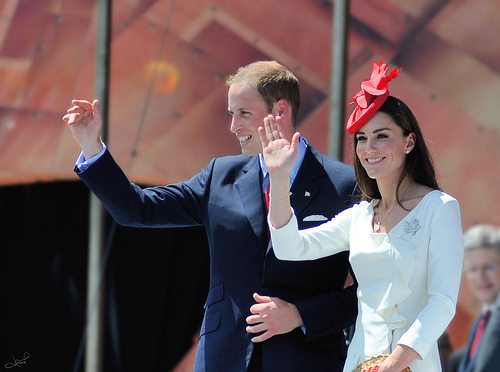 Prince William has announced that after seven years in military service he is leaving to focus on charitable interests, particularly focusing on conservation.

The Royal Foundation of The Duke and Duchess of Cambridge and Prince Harry has partnered with seven influential conservation organisations as part of a commitment to preserve the world’s natural resources and tackle global challenges.

Together the organisations form the collaboration ‘United for Wildlife’. To begin with the body will focus on tackling illegal wildlife trade. The organisations partnering with the Royal Foundation include the Wildlife Conservation Society, the International Union for Conservation and Nature, WWF- UK, and the Zoological Society of London.

Prince William said, “The threats to our natural heritage are extensive, but I believe that this collaboration of the best minds in conservation will provide the impetus for a renewed commitment to action to protect endangered species and habitats for future generations.

“At the root of the illegal wildlife trade, for example, is the demand for products that require the death of tens of thousands of these animals every year, pushing them further towards extinction.

“We must work together to prevent this catastrophe and allow our children the opportunity to experience wildlife in its many beautiful and varied forms.”

Demand for products made from some endangered species, such as ivory and rhino horn, remains high in some regions despite being illegal.

Earlier this week Prince William and Prince Harry took to the trading floor to raise money for charity. They clocked up a record €25 billion deal as they brokered deals at the BGC Partners annual charity gala, which is held in memory of the 658 employees who died during the 9/11 attacks in 2001.