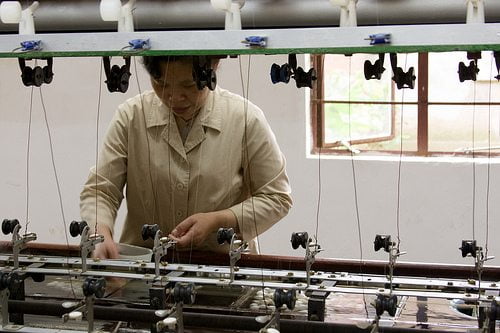 Some of the problems faced by both buyers and suppliers include duplication, created by the repetitive demands for auditing, as well as social and ethical risks within the supply chain, ranging from child labour to working conditions.

“Sedex is all about sharing information, increasing collaboration and connecting buyers and suppliers around the world together”, said head of communications Mark Robertson.

“Sedex was initially formed so that instead of having to undergo multiple audits, suppliers can have one audit and this information is then relayed to their various customers. Suppliers can then spend more time focusing on tackling improvements rather than going through multiple audits.”

Speaking to Blue & Green Tomorrow, Robertson stressed the importance of promoting responsible sourcing programmes among businesses: “Incidents such as the horsemeat scandal in the UK – and more recently the tragic collapse of the Rana Plaza factory in Bangladesh – have highlighted the need for great transparency and served as vivid reminders as to why companies and their suppliers need to work together to raise standards and reduce risks.”

The films, collectively known as Responsible Sourcing Insights, will be released over the coming months and will feature experts from the industry at the sharp end of tackling some of the issues faced by suppliers and buyers.

The first film in the series, Getting to grips with responsible sourcing, provides the basics on some of the issues faced by the industry.

Marianne Voss, president of the Voss Group, is one such expert featured in the first film. She describes responsible sourcing as “meeting the needs of today, while enhancing for future generations to meet the needs in the future”.

Subsequent episodes will be released once a fortnight, and will explore different issues including driving transparency, tackling complexity and strengthening collaboration.

Corporate sustainability is needed now more than ever, with companies recognising their responsibilities. Primark, for example, was quick to defend its reputation after the Bangladesh factory collapse in April.

Robertson continued, “The last few months have seen a flurry of activity in the wake of tragic collapse of the Rana Plaza in Dhaka, Bangladesh. Over 60 clothing and retail brands have now signed the accord on fire and building safety, whilst a coalition of over investors representing more than €933m in assets under management has called for systemic reforms to worker safety and welfare and the adoption of zero tolerance policies on global supply chain abuses.

“The inherent risks in the supply chain in Bangladesh are high and therefore the accord and similar initiatives are welcomed. But let’s not forget about the critical risks which also present in the supply chains of other garment producing countries.”

He added, “Fire and building safety issues are not exclusive to Bangladesh issues and sit alongside a host of other environmental, social and governance (ESG) risks in global supply chains. Our new films showcase key learnings and good examples to help companies – and their investors – to gain a deeper understanding of how to tackle responsible supply chain risks.”

All videos will be available on Blue & Green Tomorrow. The first can be viewed here.