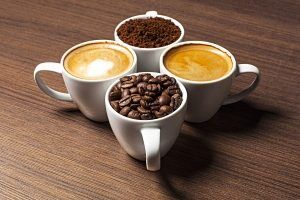 South Sudanese coffee farmers are making progress in reviving the country’s coffee industry, despite the ongoing

The result of their hard work and dedication – the Nespresso limited edition Grand Cru SULUJA ti South Sudan* – will launch in five new countries later this month, having previously only been available in France.

When Nespresso first introduced SULUJA ti South Sudan last year in France, it became the first coffee to be introduced from the new country of South Sudan and the country’s first significant non-oil export. Since then, more South Sudanese farmers have become involved in coffee production through Nespresso’s AAA Sustainable Quality Program, enabling them to increase production and improve their livelihoods.

Nespresso, in partnership with the non-profit organisation TechnoServe, began working in 2011 to revive this forgotten coffee, which was very nearly destroyed during years of conflict in the region. Since entering the country five years ago, Nespresso and TechnoServe have worked with over 700 farmers, teaching them essential coffee-farming skills and building production infrastructure. Together, they have helped to establish the first five coffee cooperatives in the country, and facilitated the construction and operation of six wet mills in the Yei region. The work thus far has allowed farmers to earn more money and contribute to the economic development of the region. The recent spread of the conflict to the Yei region, has impacted on the program and has made it difficult for TechnoServe to continue with local farmer training. To overcome this, TechnoServe will start to reach the many farmers who continue to tend their farms by broadcasting weekly agronomy trainings over the radio.

Nespresso CEO, Jean-Marc Duvoisin, commented: “We believe in the potential for coffee to create a positive impact for farmers in South Sudan and to diversify the economic base of the country. We remain strongly committed to helping coffee farmers revive their industry. Our aim is to create a lasting legacy that will contribute to peace and prosperity.”

The launch of this new coffee follows an announcement by the United States Agency for International Development (USAID) earlier this year that it will work with Nespresso and TechnoServe to invest $3.18 million over the next three years in the project. The aim of the investment will be to help South Sudan to diversify its export market away from a reliance on oil – currently representing 99% of its exports– and raise the household incomes of smallholder coffee farmers.

Life for farmers in South Sudan has been challenging for a long time, and until very recently, most would not have thought that exporting high-quality coffee was a possibility.

“Nevertheless, we have made good progress working with the farmers to help build their skills and knowledge so they can improve the quality and quantity of their crops in a sustainable way,” said William Warshauer, President and CEO of TechoServe. “While the working environment in South Sudan has been challenging, governments and NGOs cannot do it alone. Business investment is critical for long-term economic development, and Nespresso has shown great leadership by entering South Sudan and continuing to invest in the country.”

SULUJA ti South Sudan has been created solely from Robusta coffee resulting in a bold silky texture and intense aromas of dried cereals and subtle woody notes. SULUJA ti South Sudan is ‘washed coffee’, which requires a lengthier and skilled process by the farmers, but this has resulted in a finer, gentler, smooth textured and aromatic cup. SULUJA ti South Sudan will be available in Switzerland, Netherlands, Germany, US, France and UK in extremely limited volumes as a result of the rarity of this coffee.

* SULUJA ti SOUTH SUDAN means ‘Beginning of South Sudan’ in the indigenous language Kakwa which is the dominant local language spoken in the majority of the coffee areas in the region.