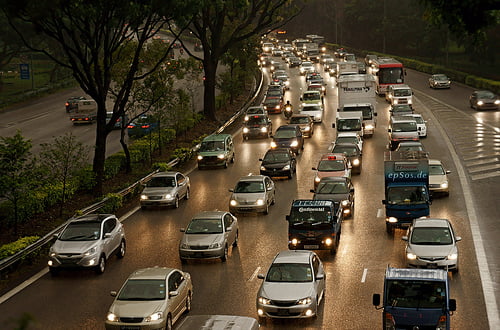 The role of sustainable transport is vital in creating safe and liveable cities in Asia and fighting climate change, the UN secretary-general said this week in Bali.

“On a global scale it is essential that we better design and build transport infrastructure to make it safer and more environmentally friendly, and to minimise vulnerability to climate change and natural disasters”, Ban Ki-moon said at the Regional Environmentally Sustainable Transport Forum.

Ban said that not only are these priorities if we want to tackle climate change, but they are also important goals in the fight against global poverty.

“In both urban and rural areas, better land-use and transport system planning makes a great difference in facilitating access to jobs, goods and services for men and women alike. It also helps improve road safety and reduce traffic accidents and fatalities”, he explained.

Ban launched an appeal to Brazil’s National Association of Mayors, following the Rio+20 summit in 2012, about the necessity of sustainable cities for a growing number of people.

He added, “As agreed at the Rio+20 Summit, and as can be seen day by day through the innovative steps being taken in the world’s cities and towns, local governments have a crucial role to play in steering the world towards a path of truly sustainable and equitable urban development.”

The UN secretary-general’s calls follow a University of Westminster report that said “global efforts” were needed in order to put cities across the world onto a sustainable path.