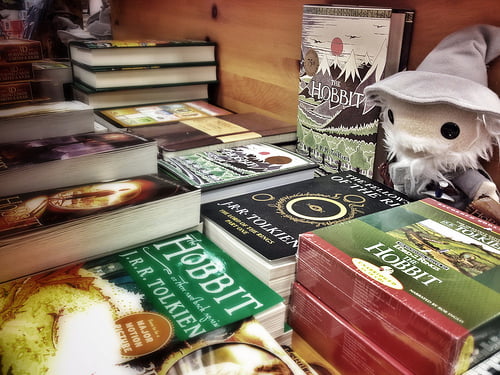 Tolkien about the environment

Today sees the UK launch of The Hobbit: An Unexpected Journey, in which Bilbo Baggins and a band of dwarves set off on an adventure to reclaim a treasure stolen by the dragon Smaug. While this has caused a certain degree of childish glee here, JRR Tolkien’s work has a message for us all.

Despite our best laid plans, we were pipped at the post by The Guardian on this angle when Larry Elliot wrote brilliantly about how the original short tale of an unadventurous fellow, The Hobbit, and subsequent The Lord of the Rings can be claimed by both counter culture and small state, self-regulators. If The Guardian can grab the economic argument so effectively, we will bag(gins) the environmental angle.

In Ents, Elves and Eriador: The Environmental Vision of J. R. R. Tolkien, Matthew Dickerson sets out the Tolkien’s complex and comprehensive ecological philosophy: “The ecology of Middle-earth portrayed in The Hobbit, The Lord of the Rings, and The Silmarillion brings together three potent and convincing elements of preservation and conservation – sustainable agriculture and agrarianism, horticulture independent of utilitarianism, and protection of unspoiled wilderness. Throughout his work, Tolkien reveals his vision of the natural world and environmental responsibility.”

For those who have read or watched The Lord of the Rings and have read and/or intend to watch The Hobbit, both journeys begin in the pastoral and idyllic Shire. While all the books contain the distant threat of a rapacious and amoral enemy, the beloved Shire is only finally reached at the end of The Lord of the Rings (but not in the film) by industrialisation.

The recurring theme throughout the books is of nature and her defenders, at war with uncaring industry and its advocates. Orcs ravage the forests, goblins mine indiscriminately and burn trees, cruel gods and wizards mutate pure creatures to create evil ones, and even the ‘good’ dwarves’ unleash a devilry by delving too greedily in their mines. While Tolkien despised analogy (similarity), he may have grumpily accepted an allegorical (symbolic) reference or two. 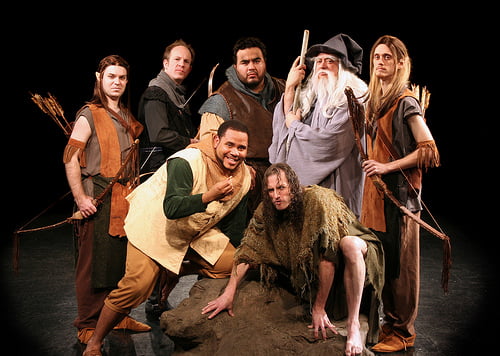 One of the distinct phases in industrialisation is mass production. The white hand of Saruman, the single eye of Sauron and the uniformity of their armies, represent single-minded visions and ‘reckless hate’. By comparison, Tolkien gathers a diverse group of four races to defeat the enemy. The elves, by far Tolkien’s favourite race, are flawed but wise and responsible stewards of the forests and wildlife.

Tolkien had described the period in which he lived as a child in the countryside outside Birmingham as, “the longest-seeming and most formative time of my life.” He had also witnessed conflict waged on an industrial scale during the first world war. It could be argued that he remained a conservationist and anti-industrialist and expounded this perspective in his works.

One of the main lessons of The Hobbit is that those who are consumed by greed, by pursuing personal profit at any cost, are ultimately brought low by it, taking many down with them. It is only when the people are willing to sacrifice and collaborate for the common good that evil is beaten.

We know The Hobbit and The Lord of the Rings are works of fiction, and some will sneer at the fantasy genre on paper and on screen. Nevertheless, for the millions who have read the books (250 million copies of the two works) and flock to see the films ($2.92 billion box office for the original trilogy), a deeper message about living in balance with your planet, rather than in conflict with it is being shared.

They are also ripping good yarns.

We say sneer all you like; our very carefully chosen seats are booked and the 3D glasses polished.