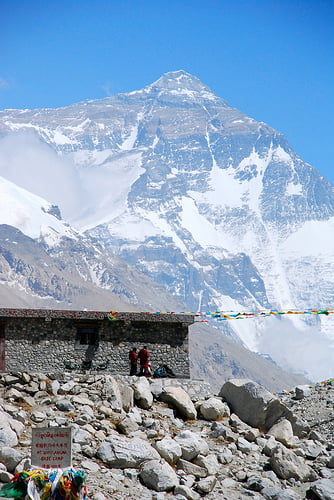 Three-quarters of travellers will be considering the ethical or environmental impact of their holidays this year, while four out of five tour operators expect to see an influx of sustainable travel bookings in the coming 12 months.

The encouraging figures, from two separate surveys conducted by Blue & Green Tomorrow for The Guide to Sustainable Tourism 2013, suggest the majority of people are not only aware of the impact their holidays have on communities and the planet, but are acting to nullify it.

The first poll, which ran on B&GT’s homepage between January 4 and February 12, showed that nearly half of respondents (47%) would be considering sustainability issues when planning their 2013 holidays. A further 28% said they would be partially considering these.

The second poll, which was conducted among members of the Association of Independent Tour Operators (AITO), asked respondents whether they expected more or less people to book sustainable travel this year – to which 100% said they expected the same amount or more bookings.

Fourteen per cent envisaged a lot more bookings and 67% could see more, while the remaining 19% predicted business to remain the same. 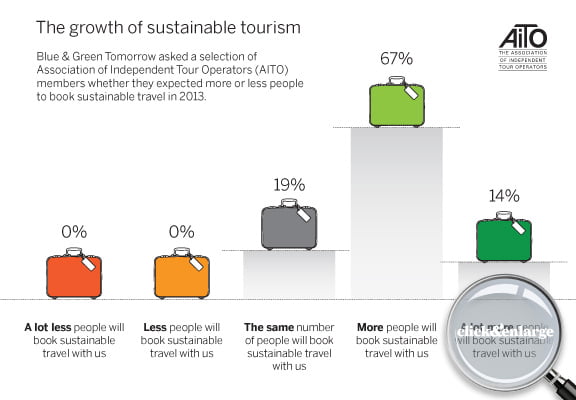 Both surveys will be a boost to the sustainable tourism industry, which UN World Tourism Organisation (UNWTO) secretary-general Taleb Rifai recently said had a “vital role to play in a fairer and sustainable future for all”, echoing UN secretary-general Ban Ki-moon, who in September highlighted how tourism could help tackle some of the world’s biggest challenges.

Rifai’s sentiments came after UNWTO had revealed in December that for the first time ever, one billion people had crossed international borders over the past year, with tourists urged to “make their actions count” by finding ways to benefit the people and places they visit on their travels.