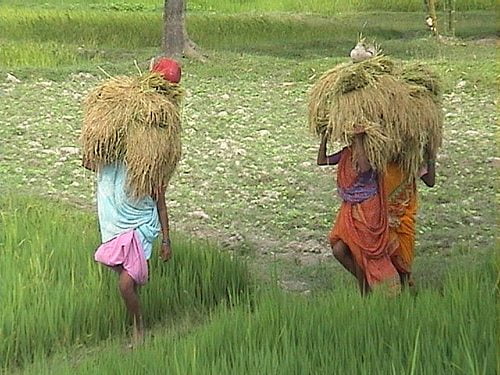 The United Nations has highlighted the important role women play in responding to climate change, during the International Day of Rural Women.

Christiana Figueres, executive secretary of the UN Framework Convention on Climate Change (UNFCCC), spoke about the challenges rural women face in Daegu, the Republic of Korea.

“At the same time, women play a critical role in the fight against climate change because they often have a more direct approach to sustainability and valuable sets of skills and knowledge in their local communities.”

She added that women worldwide are taking action on climate change but that more needs to be done to address the issue and improve communities.

Solar Sister, founded in Uganda in 2009, is just one example of empowering rural women to act on climate change. The scheme is in the process of building an Africa-wide network of women clean energy entrepreneurs.

The UNFCCC showcases women’s actions through its Momentum for Change initiative. One of the pillars in the initiative is Women for Results. This recognises the critical leadership and participation of women in addressing climate change.

The other two pillars are Urban Poor, which recognises activities addressing climate change while improving the lives of urban poor in developing countries, and Financing for Climate-Friendly Investments, which focuses on successful financial innovations for adaption and climate mitigation.

The initiative will demonstrates its activities at the UN Climate Change Conference in Warsaw next month. As well as showing ‘lighthouse activities’, Momentum for Change will launch a new pillar that will look at the contributions the information and technology sector are making to curb emissions and increase adaptive capacity to respond.

Women unite to discuss their role in tackling climate change