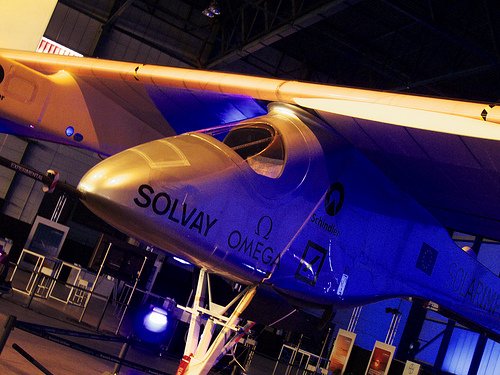 Solar Impulse, an aircraft powered by solar energy, has flown from San Francisco to Phoenix – the first step in a journey that will see it cover the entire length of the US.

After its first section, which lasted 18 hours, the plane will stop in several other cities, including Washington DC and New York. Solar Impulse flies in both the day and the night, by relying on solar energy it collects.

The journey is a warm-up of sorts for the team’s ambitious plan of circumnavigating the world in 2015.

“We’ve been dreaming about crossing the United States for years – the land of scientific research, innovation and aviation pioneers – and it’s hard to believe it’s really happening”, said co-developer and pilot André Borschberg.

The team hopes to find new technological solutions to the huge amount of CO2 emissions associated with the aviation industry, as well as the rising cost of fuel.

The aviation industry contributes around 2% of the world’s greenhouse gases. The industry has started to promote biofuels as a means of effectively reducing its carbon footprint, though the solar plane could form part of the long-term solution.

Swiss pilot Bertrand Piccard, chairman of the project and the first man to do a nonstop balloon flight across the world in 1999, said, “Our airplane is not designed to carry passengers, but to carry a message.”

The team hopes to encourage businesses to invest in renewable technologies that Piccard said “can achieve the impossible”.

He added, “We are thrilled to have safely and successfully completed this first leg and we weren’t alone: thousands of names of our supporters virtually accompanied us.

“With them, we launched the ‘clean generation’ initiative promoting clean technologies.”