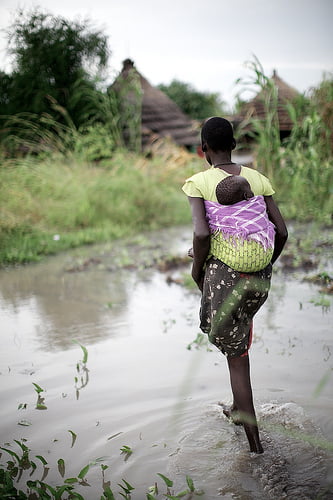 WaterAid has urged governments worldwide to invest heavily in access to sanitation and water, after releasing statistics for World Toilet Day 2012 that outline how one in three women are unable to access a safe toilet.

The international charity has produced a film to highlight how this can “risk shame, disease, harassment and even attack” in some corners of the Earth.

It has also undertaken a number of studies into global sanitation, and found that a fifth of females surveyed in five Nigerian slums had experienced harassment, intimidation and violence in some capacity when going to the toilet.

“Anecdotal evidence from communities suggests that the scale of the problem may be much larger than this”, added WaterAid.

“When women don’t have a safe, secure and private place to go to the toilet they are exposed and put in a vulnerable position and when they relieve themselves in the open they risk harassment”, said Barbara Frost, chief executive of WaterAid.

“Women are reluctant to talk about it or complain, but the world cannot continue to ignore this.

“Governments are urged to take action and invest in access to sanitation and water.”

Another study by WaterAid found that females in developing countries spend around 97 billion hours a year searching for a decent and safe place to go to toilet – apparently double the time the UK’s entire labour force spends working annually.

The charity’s calls for urgent investment into global access to sanitation and water echoes the sentiments of Peter Boonman, director of Pump Aid.

Speaking to Blue & Green Tomorrow for World Water Day in March, Boonman said, “If you invest in water, you help health, you help economic development, you help women and girls, you help children access education and you help with food security.

“You help so many basic needs, that investment in clean water and sanitation becomes a no-brainer, a first necessity.”

In a separate conversation with B&GT, Boonman explained that although the millennium development goal to provide 88% of the world’s population with access to improved drinking water by 2015 had been exceeded five years early, the regions most in need of improvement were still lacking.

He added that 11% of the world – 783 million people – was without access to clean water, while 2.5 billion people were without basic sanitation.

In April, then-secretary of state for international development Andrew Mitchell said that the coalition “will commit to helping over 60 million people access basic services, such as communal water pumps” by 2015.

As a developed nation, the UK has an almost unique opportunity to do something about this, and in order to make the government stand by its pledge, WaterAid has set up a petition that individuals are encouraged to sign. Click here to add your name.