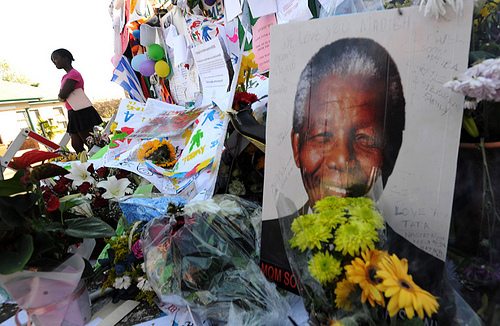 On July 18, people across the world are celebrating the first Mandela Day after the prominent anti-apartheid president passed away in December, with South Africans invited to pay tribute by cleaning up litter from streets.

Nelson Mandela – or Madiba as he was often called – was South Africa’s first black president and died in December last year, aged 95 after a long illness. People across the world mourned the death of the man who fiercely spent 27 years in prison as a political opponent and opposed racial apartheid in the country.

The UN established Mandela Day in 2009 in occasion of Madiba’s birthday, calling for people to spend 67 minutes of their time – one minute for every year of Mandela’s political activism – volunteering or doing charity work.

The day was set up to encourage people “take responsibility for making the world a better place, one small step at a time”.

President Jacob Zuma has called on South Africans to celebrate this year’s Mandela Day by cleaning up streets and cities from litter.

“This year, we have decided to honour Madiba’s memory through a massive ‘Operation Clean Up for Madiba’ campaign,” Zuma said.

Some other groups have also encouraged South Africans to grow their own vegetables and fruit, in order to improve food security.