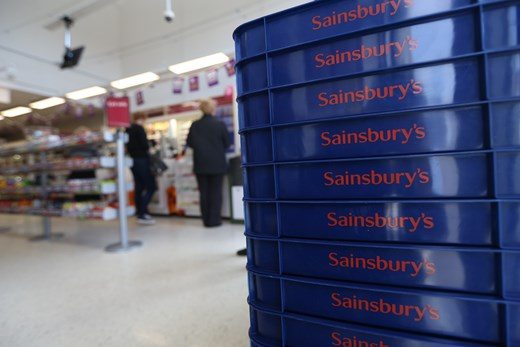 Sainsbury’s profits up 16% despite ‘challenging’ environment

Ethical supermarket Sainsbury’s has seen its pre-tax profits for the year to 15 March increase by 16.3%, reaching £898 million. The company said the food retail sector has been “challenging” over the past year and is likely to remain difficult.

The sector remains competitive and supermarkets have responded by cutting their prices, putting pressure on margins. When new stores are taken out of the figures like-for-like sales at Sainsbury’s rose by just 0.2%.

David Tyler, chairman of Sainsbury’s, said, “Against a challenging backdrop, Sainsbury’s has delivered another year of improving profits, and our market share remains at its highest level for a decade. We have grown underlying earnings per share by 6.5%, to 32.8 pence. As a result the board is recommending a full year dividend of 17.3 pence, an increase of 3.6%.”

Justin King, the chief executive of the business who will step down in July, commented that the food retail sector is likely to remain challenging for the foreseeable future as customers continue to spend cautiously. He added that he was confident Sainsbury’s would outperform competitors in the year ahead, supported by initiatives such as ‘value of values’.

The ‘value of values’ initiative ensures that even items from the lower budget range have the firm’s values embedded in them. For example Sainsbury’s value bananas and tea bags are both fairtrade and its basic fish fingers are sustainably sourced. King believes it is these values that will differentiate Sainsbury’s from its competitors.

The retailer has also been working to boost its sustainability credentials in other areas. Last year the company opened up its first two ‘triple zero’ stores – branches that have zero carbon emissions, are water neutral and where no waste is sent to landfill.  The firm has also set out its 20×20 plan, a set of 20 sustainability commitments it aims to meet by 2020, and says it is making good progress.

The commitments range from encouraging physical activity in children and cutting out deforestation in its own brand products, to investing £400 million into community projects and improving sales of fair trade products.

The retailer was also awarded the leaping bunny logo in 2011, signifying that Sainsbury’s own brand skin, hair and bath ranges are free from animal testing.

In Blue & Green Tomorrow’s Guide to Sustainable Spending 2013, the UK’s largest supermarkets were ranked across a number of categories, including energy usage, social responsibility and animal welfare. Sainsbury’s was scored 14 out of 30.