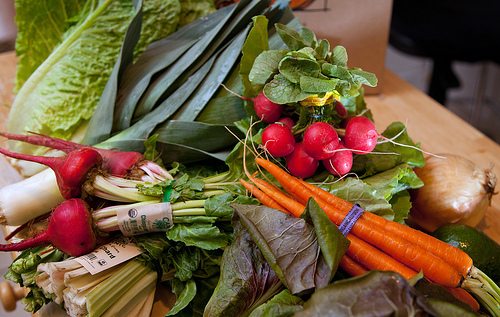 The organic food and drink sector in the UK has grown after years of decline, with sales in 2013 amounting to £1.79 billion, the latest figures by the Soil Association have revealed.

Dairy products and fruit and vegetables are the sectors that experienced the strongest growth – with sales rising by 4.4% and 3.4% respectively.

Last year’s Organic Market Report noted the first annual growth since 2008, with the Soil Association saying the trend was likely to continue in 2014. In the first four weeks of the year, organic sales have increased by 2.5%, while overall grocery sales have declined by 3.2%.

Rob Sexton, CEO of the Soil Association, said, “To see the organic market showing such strong signs of growth, particularly when grocery sales as a whole are slowing, shows just how much potential there is in the organic sector.

“The message to supermarkets and other retailers and organic businesses is clear: if you make organic goods available and promote them well, consumers will respond by continuing to purchase the products they have confidence in.”

Small independent retailers have led the growth, but large supermarkets like Sainsbury’s and Waitrose also saw an increase in sales of organic products. The report added that health and beauty products sales grew by 17%.

However, data from the government suggests that the size of agricultural land in the UK intended for organic farming had decreased and is now around 3.5% (606,000 hectares) of the total.

Sexton said, “We have strong evidence to show that organic farming systems are at least as profitable as non-organic and we know that demand for organic is increasing among consumers.

“A serious injection of producer confidence is needed, in the shape of increased commitment from retailers and policymakers to help support existing organic farmers and grow the market in future, ensuring organic supply can meet increasing consumer demand.”