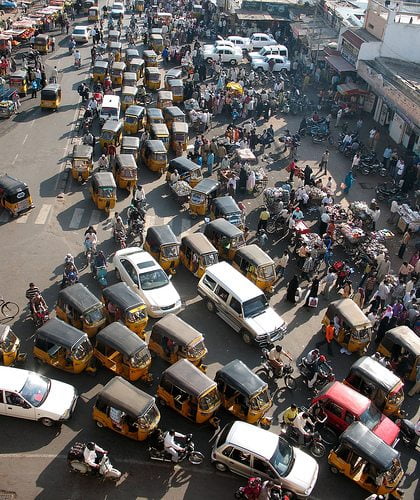 MPs have called for new schools, hospitals and care home to be built away from ‘air pollution hotspots’ after describing the UK’s air quality as a “public health crisis” on par with smoking.

In a report the Environmental Audit Committee notes that tens of thousands of deaths are caused each year by nitrogen dioxide (NO2) and particulate pollution. Diesel vehicles in particular contribute to the problem. As a result, the MPs are calling for new schools, hospitals and care homes to be built away from pollution hotspots and for existing schools next to busy roads to be fitted with air filtration systems.

Chair of the committee, Joan Walley MP commented, “It is unacceptable that another generation of young people growing up in our towns and cities could have their health seriously impaired by illegal air pollution before the government beings this public health crisis under control.

“Children growing up near busy roads with high NO2 and particle emissions have stunted and impaired lung development. There is also emerging evidence that air pollution can increase infant mortality rates, prompt pre-term births and affect cognitive performance.”

The report calls for a National Framework of Low Emission Zones to be urgently set-up, allowing such zones to be rolled out across the country. The committee describes these zones as “one of the most powerful tools that local authorities have for controlling vehicle emissions”, but notes few have used them.

“New figures suggest air pollution from heavy traffic could be killing almost the same amount of people as smoking in the UK, yet the government seems unwilling to put saving lives before economic growth,” Walley added.

“Low emission zone in cities could save lives, but diesel drivers who face extra charges deserve to be compensated so they can switch to less polluting vehicles.”

The committee recommended that the government include air quality obligations in new infrastructure and road building plans, as well as examining measures that would encourage drivers to move away from diesel.