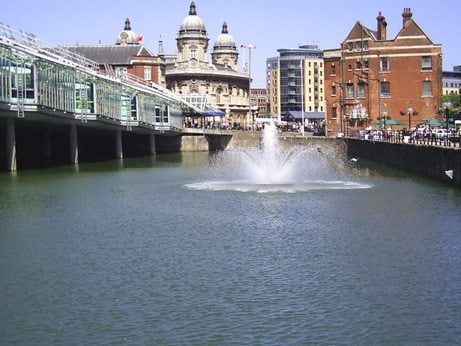 The same city that the Economist magazine labelled an “urban ghost” in October has been named city of culture for 2017. For Hull – sometimes forgotten and often the butt of jokes – the victory is a hearty riposte to those who gave it no hope.

It’s never dull in Hull: a phrase commandeered by the city council and plastered across T-shirts, mugs, car stickers – basically anything. For years, it was seen as ironic; a last-ditch attempt by the tourism department to attract people to the city.

On paper, Hull wasn’t an attractive place to visit. It was (and still is) located in the dreaded North at the very end of the M62 in the East Riding of Yorkshire. It had a poor football team, its residents had dodgy accents and its local economy was seemingly in a rocky position. No longer was it a thriving fishing port, but instead, a town with no hope.

In 2003, Hull’s misery peaked when it was named the worst place to live in the UK by a book called Crap Towns. A BBC article from that year quotes a former resident, who described the city as “a sad story of unemployment, teenage pregnancy, heroin addiction, crime, violence, and rampant self-neglect”. Unsurprisingly, the council stuck by its original tagline.

As a Hullensian myself, I’ve heard it all before (Have I Got News For You is one of the more mainstream taunters). After moving down south in February, I’ve lost count of the odd expressions I get when I tell people where I’m from. “Where’s that?” is another often heard response.

You can imagine my delight, then, when I woke up on Wednesday morning to the news that Hull – my city – had been named city of culture for 2017, beating off competition from Dundee, Swansea Bay and Leicester.

The decision marks the city’s successful regeneration over the past decade. Culture secretary Maria Miller said the city of culture tag “can produce a wonderful mix of inward investment, and civic pride and I hope Hull’s plans will make the most of all that being UK city of culture can bring.” Meanwhile, David Cameron added his congratulations during prime minister’s questions. 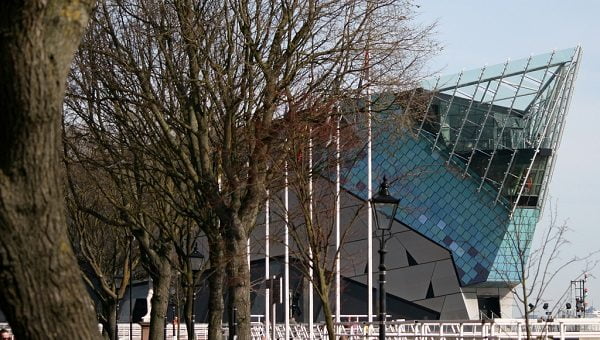 Hull city council says among its list of reasons for bidding for the title was a desire to leave behind its tag as a “crap town” behind. The unwanted label did massive disservice to Kingston-upon-Hull’s famous history.

William Wilberforce, the father of the abolitionist movement of the late 18th and early 19th centuries, was Hull born and bred; former poet laureate and current president of the Campaign to Protect Rural England, Sir Andrew Motion, taught at the city’s university where fellow poet Philip Larkin, an adopted Hullensian, also worked; and the pioneering pilot Amy Johnson, who set a number of long-distance flying records in the 30s, is another to call Hull her home.

However, in many ways, Hull businesses have been doing their bit to shake off the “crap” tag between them for much longer than the city of culture bidding process.

Even though the city is still anxiously waiting on a final decision by Siemens, the Green Port Hull project – a multi-million pound wind turbine manufacturing and exporting plant – is a sign of Hull’s ambition. Its economy was once dependent on its thriving docks, but it’s now using that same infrastructure to create a sustainable economy fit for the 21st century.

Meanwhile, though many in the city complain about the telephone and internet ‘monopoly’ in place by the KCOM Group (formerly Kingston Communications), its community-owned communications network model ought to be used as a blueprint for others (the city’s unique white telephone boxes still get lots of attention from visitors).

At a time when national politicians are seen as failing the British electorate, it’s down to individual cities to lead the way. And not just the largest ones like London, Birmingham and Manchester; we need a diverse mix of sustainable cities of all shapes and sizes. Having a handful of financial and business centres is not appropriate in the long-term, as global populations grow. Hull’s determined drive to become a renewable energy hub must therefore be applauded. 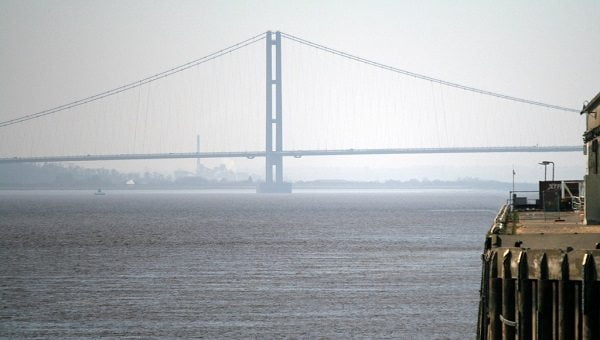 However, its city of culture bid took a hit in October when an article in the Economist magazine described it – and other places such as Burnley and Hartlepool – as “urban ghosts”.

“Even with growth, the most ambitious and best-educated people will still tend to leave places like Hull”, the article reads.

“Britain’s failing towns struggle on indefinitely in their old industrial shape and size.”

Former Labour home secretary Alan Johnson, an MP in Hull, described the piece as “bad journalism, poor research and stupid politics”. Meanwhile Michelle Dewberry, a former Apprentice winner and Hull native, said, “The city deserves a say when the ambition for it dies.”

I contacted the Economist to see if the author of the article would like to respond on Hull’s city of culture victory. A spokesperson simply said the magazine didn’t comment on editorial matters, and instead, lets its content “speak for itself”.

But forgetting the critics, 10 years on from being named the worst place to live in Britain, the dodgy accents remain, but Hull’s football team is in the Premier League and its economy – with any luck – is heading in the right direction.

It still has the Humber Bridge, once the longest suspension bridge in the world. It is home to the University of Hull, which has a leading business school, attracting brilliant domestic and international students. And tourists still flock to the Deep, a public aquarium, a marine research hub and a spectacular feat of modern architecture and engineering.

Hull remains the 16th largest city in the UK (between Brighton & Hove and Plymouth). Over 250,000 proud citizens call it home.