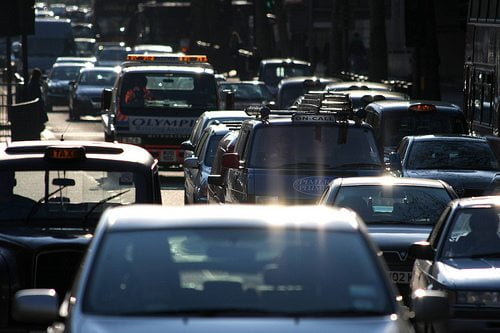 Low-carbon technologies could almost half the carbon emissions coming from cars and vans in the UK by 2030, according to a new report. The paper, from the Cambridge Econometrics, outlines how low-carbon vehicles can have a positive impact on the economy, environment and consumers.

Carbon emissions from the car and van fleet in the UK could be cut by 47% by 2030, and as much as 80% by 2050. The report notes that reductions in air pollutants would help lower the incidence of respiratory diseases, with air quality improvements estimated to be worth between £1 billion and £1.2 billion to the UK economy.

Furthermore, the study found the electric cars could cut the UK’s oil imports by 40%, improving the UK’s energy security and economy while aiding climate change targets.

In 2014, the average motorists spent £1,1900 on fuel. The report states that by 2030, fuelling the average new low-carbon car could be £600 cheaper every year when compared to the average car today. The savings are one of the biggest selling points for many consumers and the information demonstrates that while technically-advanced vehicles will be more costly to purchase, the initial investment will be outweighed by the long-term savings.

Commenting on the report, Edmund King, president of the Automobile Association, said, “The cost of motoring is still the number one concern for motorists so that fact that low carbon vehicles are driving down costs is great news both for drivers and for Britain’s economy.”

However, the benefits outlined in the report assume that there will be 6 million electric vehicles on UK roads by 2030 and 23 million by mid-century. This level of deployment would need to be supported by ambitious levels of renewable energy as well as governmental regulation.

Darren Lindsey, head of public affairs UK and Ireland at Michelin, commented, “It can no longer come as a surprise to anyone that reducing emissions delivers commercial benefits to industry as well as benefits to the environment and consumers. To maximise those benefits, however, international policymakers have to create a consistent and robust regulatory framework.”