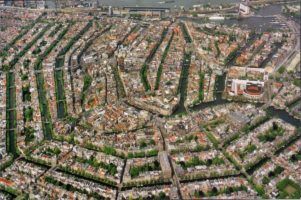 Cities across the globe have embraced all things green, adopting eco-friendly practices to transform urban landscapes for the better and making the image of a vast concrete jungle a thing of the past.  More than 50 per cent of the world’s population inhabit urban areas and that trend is continuing upwards so there needs to be a focus on how urban populations live and how they engage with the environment around them.

In cities across Europe best urban planning practices strive to incorporate eco-friendly elements into new developments and to restore or preserve green spaces in older neighbourhoods. There are many factors that determine a successful city and encourage people to live there and positive, proactive city planning is certainly one of them.

People are heavily influenced by the environment they find themselves in. People’s surroundings affect their mood, their motivation and willingness to act and how they engage with others. It goes without saying that humans prefer to be in an environment that is physically and psychologically comforting and they will actively seek out surroundings with positive qualities.

City planners are aware of how people respond to their surroundings but they are motivated also by issues surrounding climate change and the political call for action, as reflected most recently in the 2015 Paris Agreement under the United Nations Framework on Climate Change.

So, what are the top five greenest cities in Europe and what have they done to deserve the title?

If there is one image associated with Amsterdam, then it has to be the bicycle. The city of Amsterdam has long been bicycle friendly, owing in part to how flat it is but facilitated also by policymakers.  The positive attitude towards bikes is reflected in the city-wide provision of bicycle racks and parking facilities as well as protected paths.

A complete guide to Amsterdam offers a full breakdown on what you need to know about this city, where the historic takes equal place alongside the modern. Amsterdam has much to offer visitors including a rich architectural and cultural heritage. Its transport links offers easy access to visitors. Amsterdam Airport Schiphol is the busiest airport in Europe.

The capital of Slovenia may be off the beaten track for some but visitors will be rewarded by a city with vast green spaces as well as an Old Town characterized by cobbled streets and medieval buildings.  To preserve the city center, the amount of cars allowed in is restricted and the emphasis is on facilitating cyclists and pedestrians.

Ljubljana is Europe’s Green Capital for 2016. It boasts 542 meters of green space per head of population and clean drinking water that receives no prior treatment.  The airport is 16 miles northeast of the city and the main rail station forms part of the Pan-European railway corridor network.

The Danish capital wants to be the world’s first carbon neutral capital city by 2025.  Like Amsterdam, cycling is a key feature of life in Copenhagen.  The Cleantech Cluster of more than 600 companies is a centre for research and development in clean energy production and storage. Redevelopment in the harbour area embraces green principles and the harbour is a must-see for visitors. Tourists will also appreciate Copenhagen’s reputation for food and drink.

The German capital has within its city core an environmental zone in which only those vehicles displaying a sticker indicating that it meets certain emissions standards are allowed to enter.  Berlin is at the heart of modern European history and was a symbol of the divide between east and west during the cold war. Strong rail and air links connect Berlin to other European centres and to travel hubs further afield. Among other features, visitors are drawn by Berlin’s relaxed vibe and its vibrant nightlife.

This port city in on the west coast of France has origins dating back to Roman times, making it a must-visit for history buffs. In more modern times the city has embraced eco-friendly practices and was rewarded with the European Green Capital title in 2013.

There are 3,366 hectares of green space to explore and a number of Natura 2000 Zones, dedicated to preserving nature in the area. A highly-developed public transport system helps minimize car travel. There are also 234 miles of cycle tracks. Nantes Atlantique airport is the largest airport in western France.

It is to be hoped that these green cities can serve as examples to other urban centres wishing to embrace eco-friendly practices and, in the process, transform the lives of their inhabitants for the better.