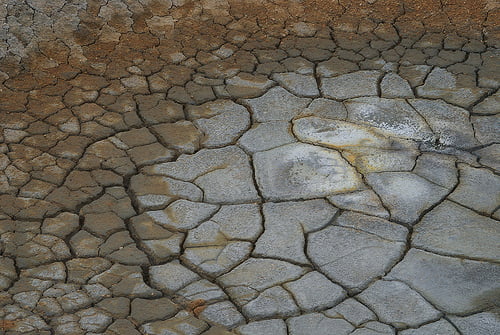 Despite wet weather over the winter holidays, the chance of a drought this summer still remains. Charlotte Reid has more on the possibility of a hosepipe ban and other water saving measures that could be introduced this year.

Parts of the country still remain at a high risk of drought and unless there is significant rainfall soon, then more restrictions could be introduced. These measures would include more drought permits and customer restrictions on water usage like hosepipe bans.

Despite wet weather over the winter holidays, the chance of a drought this summer still remains. Charlotte Reid has more on the possibility of a hosepipe ban and other water saving measures that could be introduced this year.

Parts of the country still remain at a high risk of drought and unless there is significant rainfall soon, then more restrictions could be introduced. These measures would include more drought permits and customer restrictions on water usage like hosepipe bans.

The Environment Agency says that, “If rainfall over the rest of winter and spring 2012 is below average, central and eastern England as well as the south east of England is at high risk of drought in summer 2012 and even into 2013”.

In December, there was some wet weather which helped to improve river flows and reservoir levels. Yet soil is still dry and groundwater recharge, where water moves from the surface to groundwater level, is slow.

These problems have happened because some areas of the country have in the last 12 months have been experiencing the driest weather since records began. But work is already underway to prevent drought conditions. In December 2011 the Government issued a warning to water companies, people and businesses to act and prevent a water shortage in 2012.

Caroline Spellman, environment secretary, said, “If we have another dry winter, there is a high risk that parts of the country will almost certainly be in drought next summer – so it is vital we plan ahead to meet this challenge”. Part of this preparation included the Environment Agency granting Anglian Water a drought permit.

Another step that water companies might have to consider later in the year to help reduce water usage is to introduce a hosepipe ban. This water saving measure can typically save 5-10% of water on a daily basis when they are in place, although this is dependent upon factors such as weather and the season.

In times of drought, water companies are supposed to increase detecting leaks in their pipes and to fix the problems quickly, amongst other measures. Water leakage is a huge problem in the UK – the water industry leaks 3.4 billion litres a day.

So there are bigger problems to fix than a hosepipe ban can solve.

The future of water in the UK has a huge impact on all of us. Firstly, the impact of droughts will also affect the environment, habitats and agriculture. The Wall Street Journal speculated about the long term problems for the UK after the dry weather in the summer. The reported wheat yields could be affected permanently because in East Anglia wheat yields were down by 15-20% in 2011.

Secondly, it seems that droughts may become commonplace in the future. The Environment Agency has warned that future demand for water in England will start to outstrip supply. Reports looking to the future of water show that it could become more likely to experience droughts that last 12-18 months.

The south and the east of England, which is already under stress, will face more droughts because of population increase. But the problem will extend to other areas of the country too extending to Wales, the south west and northern England.

If you want to look at better options for water companies then Wessex Water and water-only companies (Bristol, Cambridge, Dee Valley, Portsmouth, Sembcorp Bournemouth, South East and South Staffs) all get a clean bill of water health from Ofwat.