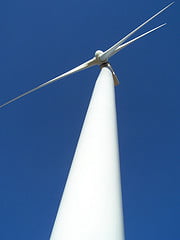 Investment in clean energy has reached a trillion dollars since 2004, exceeding that of fossil fuels, according to the records of a leading independent analyser. Alex Blackburne looks into it.

Bloomberg New Energy Finance (BNEF) has claimed that the world has invested its trillionth dollar in clean, renewable technologies, and at the same time has overtaken investment in fossil fuels.

The news comes less than a month after Blue & Green Tomorrow reported that BNEF had predicted yearly clean investment would reach $400 billion worldwide by 2020 – over double the $195 billion invested in 2010.

This prediction is looking increasingly achievable now, with BNEF’s records, which began in 2004, stating that the trillionth dollar was probably invested somewhere in the developing world, sometime towards the end of November.

“The trillionth dollar milestone shows that the world is not waiting for a deal on climate in order to start turning the super-tanker away from fossil fuels”, said BNEF chief executive Michael Liebreich.

“It should serve as a message to the UN and all those in Durban to stop obsessing about a binding deal to cap carbon emissions, and to think much harder about how to speed up investment in the solutions.

“Another five years of investment growth at the same compound rates, and the world will have broken the back of emissions growth.”

The shift in global investment priorities is much-needed, too, with greenhouse gas levels reaching a new high in 2010.

If you would like to find out more about investing in clean, renewable energy, ask your financial adviser, if you have one, or complete our online form and we’ll connect you to a specialist ethical adviser. Alternatively, get in touch with Good Energy.