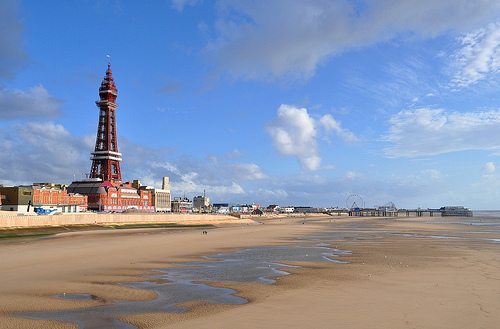 The Environment Agency has expressed concerns after it found that 25 beaches across England are likely to fail EU swimming standards.

Beaches in Margate, Blackpool and Hastings are among those identified by the Environment Agency as likely to fail new water quality standards that come into force on Friday.

New rules imposed by the EU aim to “protect human health and the environment”, and measures introduced require member states to monitor and assess bathing water for two parameters of faecal bacteria that can cause eye and ear infections.

Ed Mitchell, EA executive director of environment and business, said in the Guardian that further upgrades were required.

He said, “Water quality at English beaches is better than it’s ever been after it reached record levels last year, and we are working hard with others to improve it further still.”

Dr Laura Foster, pollution manager at the Marine Conservation Society said, “Over the last four years we have seen a decreasing number of beaches predicted to fail the new bathing water directive. The directive … is roughly twice as stringent as the previous directive which used research from the 1970s”.

“We have been delighted to see that the number of beaches predicted to fail has significantly decreased over the last few years on the back of improvements and investment into water quality, but there is still more to be done at a number of beaches.”

Swimmers can check the bathing water quality at their local beaches on the environment agency website.