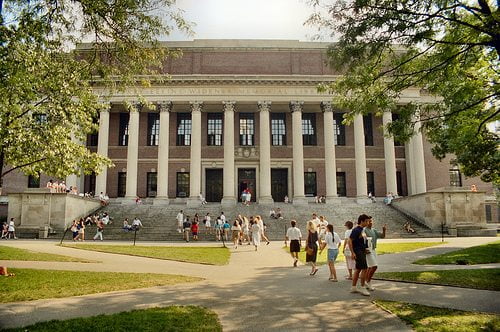 A number of high-profile Harvard alumni have lent their support to calls for the university to divest from fossil fuels. Signatories, which include Hollywood actress Natalie Portman and Nobel laureate Eric Chivian, note both the moral and financial case for divestment.

Despite the calls for action, Harvard has maintained that it will not cut the polluting energy sources out of its portfolio. Reports from last month suggest that during the third financial quarter of 2014, Harvard increased its fossil fuel investments, reaching around $79.5 million (£52m}.

In an open letter more than 30 alumni calls for a ‘teach-in’ on April 12 followed by a rally the following day. Other signatories of the letter include academics, journalists, and senators. Bill McKibben, the founder of 350.org, which has driven the divestment campaign in universities, has also lent his support.

The letter states, “As Harvard’s own researchers have done much to show, global warming is the greatest threat the planet faces. In fact, it’s less of a threat than a growing reality, as 2014’s record temperatures demonstrated.

“And as Desmond Tutu (honorary degree, 1976) said last year, it’s not just melting ice and acidifying ocean, but also the worst humanitarian crisis on earth. From the typhoon-battered Philippines to the disappearing islands of the Pacific to the water-starved towns of California’s drought-ridden Central Valley, this issue demands we all make changes to business as usual.”

The alumni argue that “divestment is effective”, pointing to the role the investment strategy played in bringing down the apartheid regime in South Africa. The letter criticises Harvard’s preferred strategy of engaging with fossil fuel companies, stating that for a quarter of a century fossil fuel companies have “shrugged off shareholder efforts for major change”.

The letter also makes the case for divestment on financial grounds, pointing out that as government seek to cut emissions and introduce regulation, fossil fuel companies are likely to see their value reduced.

“Harvard can meet its scientific and moral obligation without financial risk. Every study shows that fossil fuels have been a drag on endowments for more than a decade; if Harvard had heeded students’ divestment call 18 months ago they would have avoided the recent crash in oil stocks,” the letter adds.

“Indeed, prudent investors are steering clear of fossil fuels, because, if the world ever acts to limit climate change, these companies will be stuck with huge reserves of unburnable carbon.”